From "Deti" in The Hague to the law of war, Dendias in Tirana: Not to create issues that do not exist that will lead us to the consequences of ... / Olta Xhaçka reveals the details 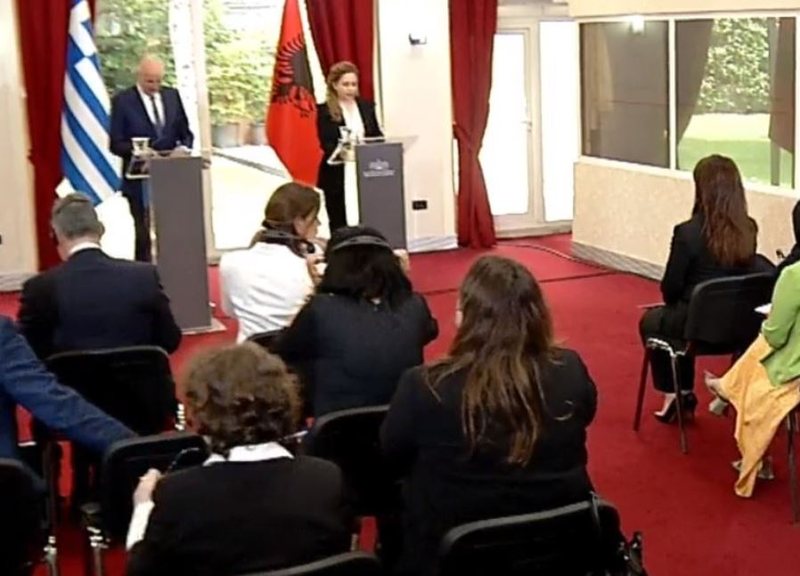 The Minister of Foreign Affairs, Olta Xhaçka, clarified the discussions she had with her Greek counterpart during his visit to Tirana. One of the key issues is the European integration process. Xhaçka said that Greece supports Albania in the integration process.

"Albania will continue to pursue an active policy. An economic integration. Euro-Atlantic integration is irreplaceable for the region. The three Western Balkan countries are in NATO. An important issue that was discussed is the European integration of Albania. I salute the continued support of Greece for the holding of the First Intergovernmental Conference. Albania and Northern Macedonia have met the conditions. Hopes remain for a decision during the French presidency.

We value Greece as a strong partnership. Opportunities to increase trade exchanges is important. I thanked the Minister for supporting Albania's candidacy as a non-permanent member of the Security Council. The topic of discussion was the situation in Ukraine, where I take the opportunity to express once again the support of Albania. More needs to be done to stop Russia's war on Ukraine. We share the same position on condemning Russia's war. Another issue discussed is the delimitation of maritime spaces. "We reconfirmed the will for a compromise to refer the case to a third court," said Xhaçka.

During his speech, Nikos Dendias emphasized some important issues between the two countries.

"It's important how we will speed up the steps to meet the technical way to file the documents in the Hague tribunal as soon as possible. Passing the law of war is something we need to break away from. This means that we need to discuss practical issues. Not to create issues that do not exist that will lead us to double consequences. We consider that the Greek and Albanian minorities there are bridges, so we referred to issues that belong to these two groups. It is important that we agree to put these issues in a solution itinerary. "I was happy to meet members of the Greek minority in Himara."