Negotiations between the majority and the opposition for the new president / Ironizon Sali Berisha from Durrës: The typical example of "Rama-Alibasha" relations! For the leader of SP, SPAK has become more scary than ... 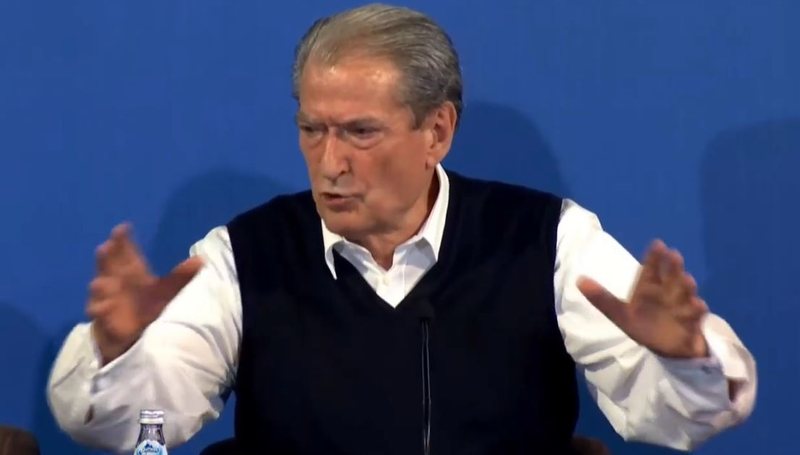 Former Prime Minister Sali Berisha during the meeting with the Democrats in Durrës has ironized the negotiations for the new President, which are taking place between the majority and the opposition. According to Berisha, if his movement had not started, then they would be a tool in the hands of the government.

"I am a witness to the dishonest pressures exerted on you by the institutions of a state that does not recognize principle and law. I am witnessing blackmail and pressure from a private clientele that has turned into segments of the state mafia. Even the pressures exerted by Soros's mafia. All this did not stop us.

This movement is unstoppable, it does not stop. I had expressed that this revolution does not stop anymore. Today, here we are, the real opposition of Albania. We would be in case we did not get up, a lolo, a tool in the hands of a government. You are seeing typical examples these days in Rama alibasha relationships. But in case we reached this statistic today, over 40 thousand members of the DP determined to restore the best values ??in the party, how did we achieve this and why did we achieve it. "We were all rolling after the defeat we suffered on April 25", said Berisha.

The former prime minister also said that for Edi Rama the SPAK has become more frightening than the Central Committee.

"We succeeded because each of you made a decision. Stop, don't walk like that anymore. We can no longer accept this situation. Enough is enough. We have to go back and that happened. Today here we have, indeed, many, powerful, clear. In a short time the establishment is shaking. You have noticed it yourself. "Several times more than in the dictatorship, every day has been done for the Socialist Party and its head, the special prosecution has become more frightening than the Central Committee", said Berisha.