"There are criminals in this room", Lulzim Basha erupts in revolt and bursts the strong statement: The bathroom letter is worth more than this here! 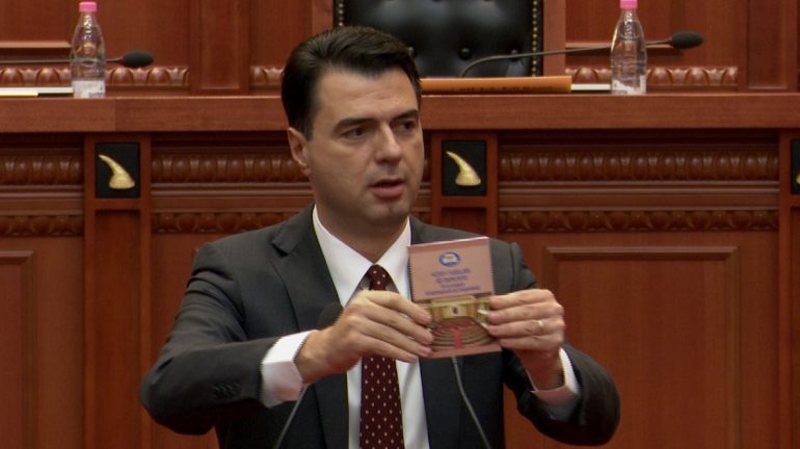 The leader of the Democrats, Lulzim Basha, did not reply in the Assembly to the request of the SP MP, Klotilda Bushka, for the observance of the code of conduct in the parliament. Basha made the strong accusation while saying that in the Assembly by criminals and members of organized crime.

"The stack of letters you have put in front of us is a criminal waste of money from OSCE taxpayers. Why? This is nothing but a cover you want to throw over an assembly. Here in the assembly there are criminals, members of organized crime in the Europol, FBI, DEA cards, there are also dummies of criminal organizations and here sits someone who has used the most serious insults, the lowest language known in the Albanian dictionary, to the ladies, now 8 years without a thorn in their side.

So if there was proportionality, you can not make us moral, the minimum is to vote for vetting in politics until that moment, the toilet paper is more valuable than this one. When you start with sanctions, he should not come here at all with what he has said. so measure the words, that you are hanging like a criminalized party in the marrow. - said Basha.