"I got the new house, but I lost the party", Rama tells the conversation with the democrat: With four houses, even one of our votes slips! Very soon you will have ... 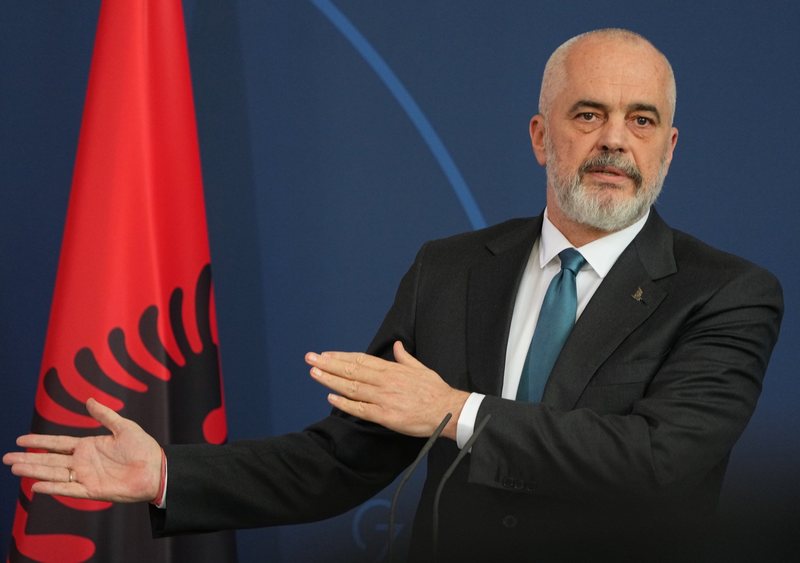 The Prime Minister of the country, Edi Rama, visited today Ndroqi where he inaugurated 74 apartments renovated after the strong earthquake that hit our country. Among other things, during his speech, the head of government revealed the conversation with a Democrat.

According to the Prime Minister, the latter was upset, as he had taken the house, but lost the party.

"I gave my hand to a democrat. "He was very upset: I took the house but the party left me," he said. We had the house on duty and gave it as we had falsely promised. We had no duty to maintain the party. See I do it now for the party. See do not find any other party. If he does not find life we ??have the door open. We have given evidence that the Democrats hold them well, as was the chairman of the PD in Farka who had four crowns and took four houses. Of course the socialist government built them. "With four houses, any vote slips from us", said Rama.

The Prime Minister further said that about 300 residents will be sheltered in the new apartments, as they lost theirs due to the 2019 earthquake.

Beyond these jokes I really want to wish you all the best today and I am glad that nearly 300 more residents will enter these homes. They are not just shelters, but apartments in a community just like the resorts of the wealthiest.

Very soon you will have the health center here, as well as the kindergarten. Definitely have the land where you had it in the houses that were demolished. It is your land. So, that word that we had said I believe that today is a fact that from the earthquake, which severely damaged a large part of the inhabitants we came out stronger. "All the families that lost their homes are richer today," Rama said.