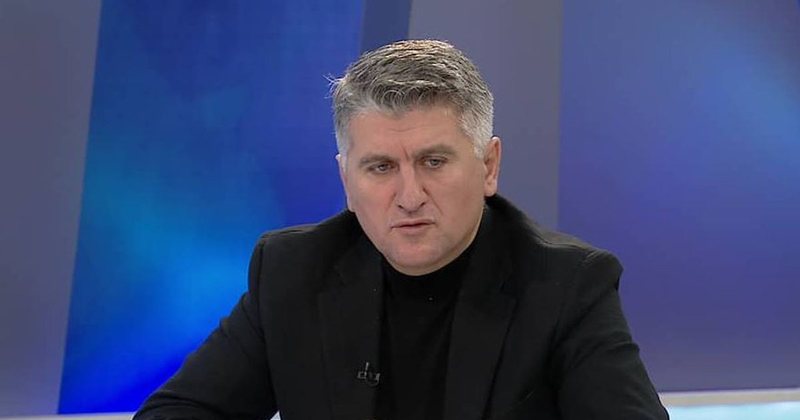 The deputy of the Democratic Party, Agron Gjekmarkaj, has commented today on a television program the government's claims about the cooperation of former President Ilir Meta with the State Security.

The democratic deputy said that he does not believe that such a file exists, while he added that the head of PL should prove his side of the story as he has the resources to do something like that.

Gjekmarkaj added that Meta should place the government with its shoulders against the wall so that no politician is accused of using such methods, if they are untrue.

"In September we expect a heated political war because even summer was not peaceful. The main event was the accusations against the former president Ilir Meta for a file and the Security, an event that deserves analysis.

Three scenarios are possible: There is no file, which I tend to believe because we are in the environment of blackmails that even make a man pregnant, the second is that the file has been manipulated and the third is a file where there may or may not be a cooperation with the Security.

Meta should put its shoulders to the wall of the government so that no politician is accused again. Meta has the resources that the file does not exist or is manipulated. In September, the majority brings the law on collaborators to the stage. There is no deputy who would allow himself to vote against such a law, the issue is that the opposition demands that the bill be paid not only by the collaborators but also by the employees of the Security.

I do not rule out the possibility that it is all designed to reduce Meta's momentum after the end of the president's term, because if it was with a different approach to the government this could be kept in the drawer or it would not be created if it was not.

Meta is an old political player with his followers who knows how to do his politics and has appeared very aggressive.

He needs not to make political statements, but to find a way to let the government do something like that. Truth is like a ray of sunlight that passes through glass without breaking it. It must be proven that this file does not exist or has been manipulated," he said.

"He received Russian funding", Berisha reacts after the article of the Montenegrin media: Basha was at the head of the DP, stupid abuse of information

"Historical decision", Bylykbashi reveals the latest change in the opposition: the DP Assembly put an end to the autocracy

How are the relations between PL and DP? Kryemadhi answers: This is how the opposition should perform in the elections

"They are trying to delete any information"/ Tirana incinerator, accusations from Kryemadhi: Here is who is the owner

Ambassador Yuri Kim reacts to the new anti-corruption rule from the US: Fight against those who erode democracy

When do the democrats' protests start? The details from the meeting of the National Council of the DP are revealed

"Berisha himself will be a negotiator"/ Edi Paloka tells about the candidates in the local elections: From today we will start contacts with allies. Protest? Appropriate decisions have been made that…