Turkish media shed light on Erdogan's visit, in addition to the Gulenists in the focus of discussions also the Pashaliman base? 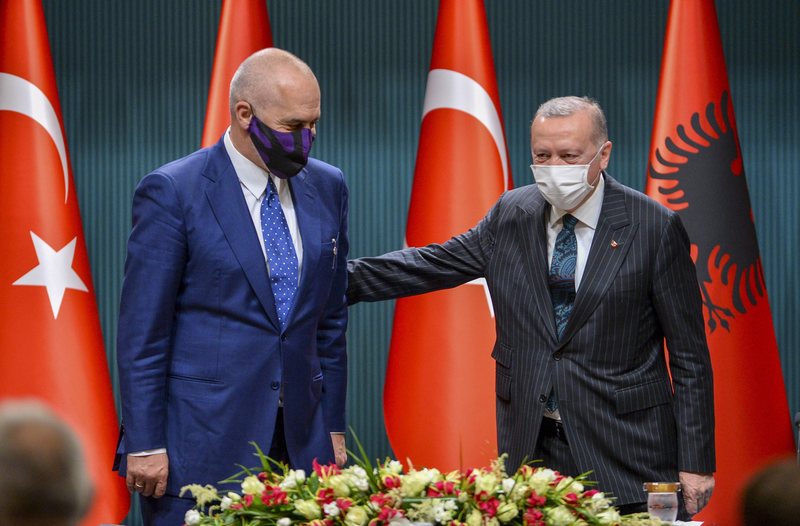 Turkish President Recep Tayyip Erdo?an's visit to Tirana on Monday continues to be commented on by the Turkish media. In addition to the inauguration of apartments in Lac and a visit to the hospital in Fier, or discussions about the Gulenists, according to Turkish media, the focus is expected to be on military issues. The portal "Balkan Günlü?ü" writes that the possibility of discussing Pashaliman's military base is not ruled out. A few months ago, it was debated that this base would be made available to Turkey, but the government denied it. Even at that time the Ministry of Defense said that a proposal was made to NATO to return to naval base by them. However, according to Turkish media, Turkish soldiers are currently installed on this base. "In the meantime, let's give some interesting information. Turkey "has" a naval base in Orikum, near the Albanian city of Vlora (Avlonia). A small but very strategic military base. "Pashaliman was the only base of the Soviet Union in the Mediterranean in the 1950s. After the states of the Soviet Union, the base was rebuilt by Turkey under bilateral agreements and the Turkish Navy has the right to use it." Even according to the portal, in this base are about 20 Turkish sailors who serve in cooperation with the Albanian army, while a visit of the Turkish ambassador a few days ago is mentioned. Meanwhile, the newspaper confirmed after the verifications that on October 1, 2021, the Turkish ambassador Murat Ahmet Yörük paid a visit to the Pashaliman Base. At the time, Ambassador Yörük stated that the Turkish team at the Pashaliman Naval Base is present in the framework of bilateral relations in the military field. "

But regardless of what the Turkish media writes, some time ago the Ministry of Defense reacted to such news by announcing that Albania has proposed to NATO to build a base there and not to Turkey. "In October last year, Minister Xhaçka addressed an official letter to the Commander of the Supreme Command for Europe, US General Todd D. Walters, presenting the plan of the Albanian government for the modernization of the Pashaliman naval base, in order to use its from NATO. Minister Xhaçka informed NATO leaders that Albania is ready to implement a joint plan for the development of the naval base for the North Atlantic Alliance.