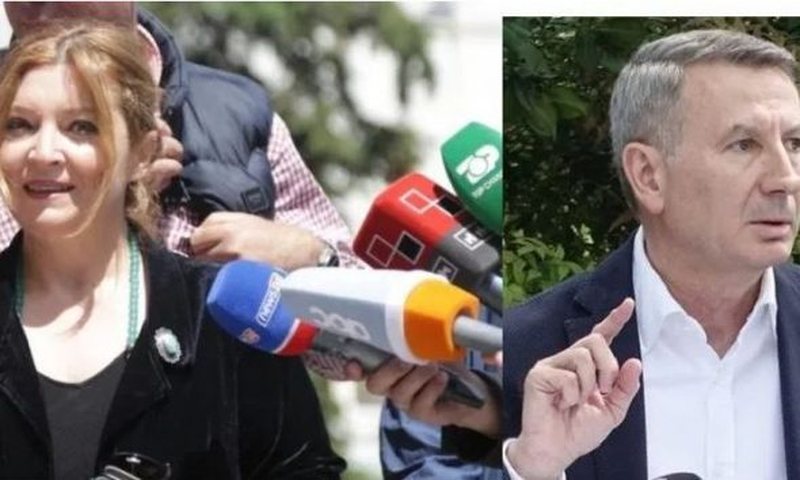 The PD statute has heated up the blood between the two former candidates for the PD leader Fatbardh Kadilli and Edith Harxhi.

Invited to the show Debate with Alba Alishani on A2, Kadilli and Harxhi clashed over the proposals that have been approved for the DP statute and the materials that have been available from various representatives of this political force

Harxhi-First I do not think that the PD statute is good, but clientelist. It was made by Lulzim Basha, removing many elements of the statute. I think that Mr. Kadilli knows well because he was in the Presidency when the statutory changes were discussed. He should have spoken to the perpetrator earlier when the new statute was discussed. I have no grudge against anyone who drafted this statute. In 2018 when we were together in the National Council I did not receive any draft from you or from Mr. Bozo before.

Kadilli - I think you forgot. Here I explain in detail. If you wanted to.

Harxhi - You can not clarify my position, that I have not taken anything forward

Kadilli - There was a proposal brought by Mrs. Harxhi, Mr. Kulluri was a collaborator and Mr. Imami. There were also proposals that came from Astrit Patozi but that were of a political nature.

Kadilli - Please Edith, he did not have a party at that time

Harxhi - No please we have to be honest about this. Mr. Patozi had left at that time

Kadilli - I had the material, you said it was gone, please let me finish. You are eating my seconds and doing it on purpose. There was a material brought by Astrit Patozi and a group that supported him and a commission was set up led by Ristani. We also negotiated with your group.

Harxhi-You have never discussed it with me. You only came out on April 26 to oppose Lulzim Basha and he did everything.

Kadilli-Has a well-known history and go back to your chronicles.

Harxhi-Did we have any representatives in the commission?

Kadilli-Po, you had Gerti Malko

Harxhi-No I am not represented by anyone. Gerti Malko has not been my representative.

Kadilli - I removed the microphone because I can not accept the lie here. It has been debated that I have the photo that has been discussed for hours. It has also been discussed in the Assembly. There was a commission that worked for three months. My lady for respect you must listen to me.