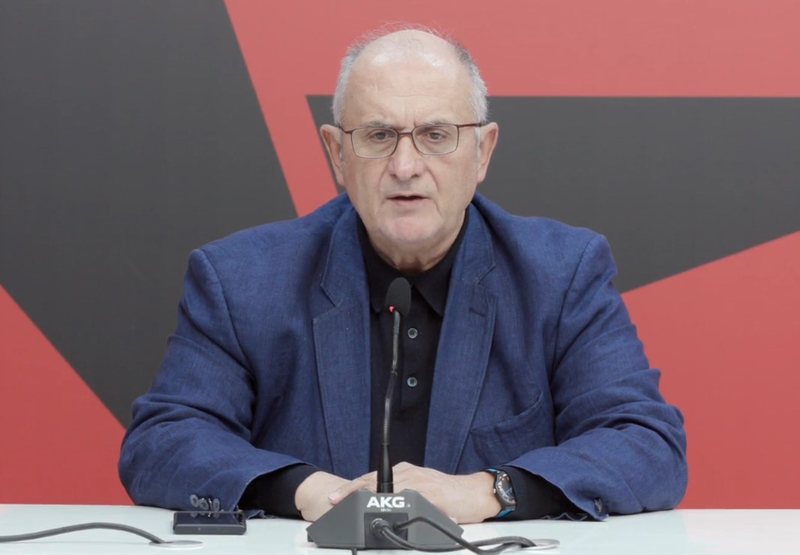 The MP of the Freedom Party, Petrit Vasili, boycotted the joint meeting of the Assemblies of Kosovo and Albania at the moment when Prime Minister Rama took the floor in the parliament.

In a statement to the media, Vasili clarified that his action comes after Rama serves the interests of Belgrade and Serbian President Aleksandër Vucic for the isolation of Kosovo.

He added that Rama had to declare today the removal of the beam for the brothers and sisters from Kosovo, where according to him the guests had to pay Rama and the oligarchs to come to the motherland.

"I abandoned Rama's word because I thought that Rama would declare the exit from the Open Balkans, which is the biggest betrayal towards Kosovo, but he, as a hostage of Vucic, did not do it.

Rama had to declare the removal of the beam for the brothers and sisters from Kosovo, where even the guest deputies from Kosovo have paid Rama and the oligarchs to come to the motherland.

Rama only serves the interests of Belgrade.

As long as Rama is prime minister, these meetings will be insincere because he serves Vucic and the isolation of Kosovo.

Therefore, today Rama simply continued the treacherous anti-Kosovo game and missed the opportunity to wash away some serious guilt that falls on him," said Vasili.