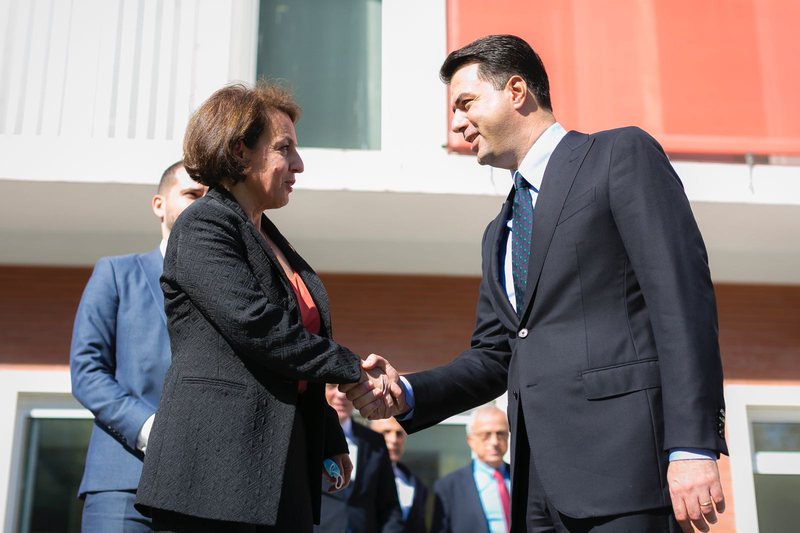 Pleasure to welcome today Deputy. The Prime Minister and Minister of Foreign Affairs and Diaspora of the Republic of Kosovo, Mrs. Donika Gërvalla, to whom I expressed my congratulations to the citizens and political forces for holding model elections in Kosovo. A lesson of democracy for Albania as well.

We shared the same views on the importance of the dialogue between Kosovo and Serbia, the need not to threaten the territorial and state integrity of the Republic of Kosovo, the political unity with which Kosovo should be represented in this dialogue. Closing the dialogue with respective recognition is in the interest of the whole region. The first contribution that the EU can make to the dialogue is to convince the 5 member states to recognize Kosovo.

Albania can not have a higher interest than Kosovo's interests in regional relations. As recent developments have shown, Novisad's initiative is conceived as a make-up of Serbia's image, while Belgrade, as the events of recent weeks show, is not separated from the ghosts of the past by bringing back platforms like that of the Serbian World.

We also discussed the Presevo Valley, the passivity of addresses and discrimination against Albanians, for whom I expressed my conviction that it is Albania's duty to strongly protect and support the interests of our compatriots in the Presevo Valley and Serbia.

Branches 7 and 9 in Tirana stand by Berisha: It is the only legitimate Assembly according to the DPA Statute

After submitting the file to the Special Appeal, the trial panel is determined to decide on the former Minister Saimir Tahiri

He was involved in the accident while returning from the meeting of "Foltore", Grida Duma reacts anxiously: I want to see him, the images do not open for me ...

Grida Duma says openly: Basha has not been 100% free these 8 years at the helm of the DP

Grida Duma makes a drastic change in her appearance, hard to recognize (PHOTO)

The 34-year-old ended her life by jumping from the palace with her baby, Bujar Leskaj gives the strong message: A foretold death!

Member of the National Council: Berisha's Assembly will blow up Basha's December 18