Lulzim Basha appears in the Assembly while Berisha was speaking, here is the movement he makes as soon as he enters the hall (Images) 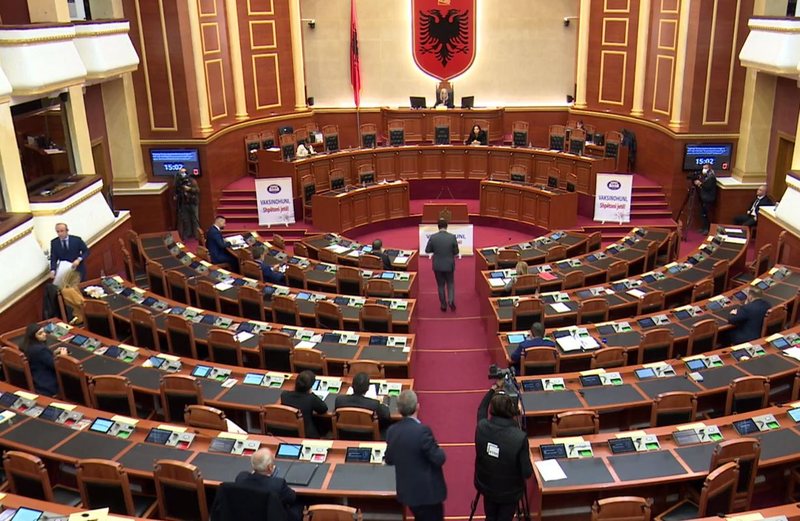 Former leader of the Democrats, Lulzim Basha appeared today in the Parliament. With a phone in his ear, he entered the Assembly hall, while Sali Berisha was speaking.

Basha is sitting next to Gazment Bardhi and Jorida Tabaku, while a little further on, the other PD deputy, Grida Duma, remains indifferent.

After finishing the call, Basha is seen talking face to face with Gazment Bardhi, while not even sparing laughter.

The former leader of the Democratic Party does not attend every session, this makes him less often seen with other Democratic colleagues. He shakes hands with Enkelejd Alibeaj, Kukës MP, Flamur Hoxha, but also some other lawmakers, who are apparently his "trustees".