The release of Alqi Bllakos, Voice of America: The two small children have no care 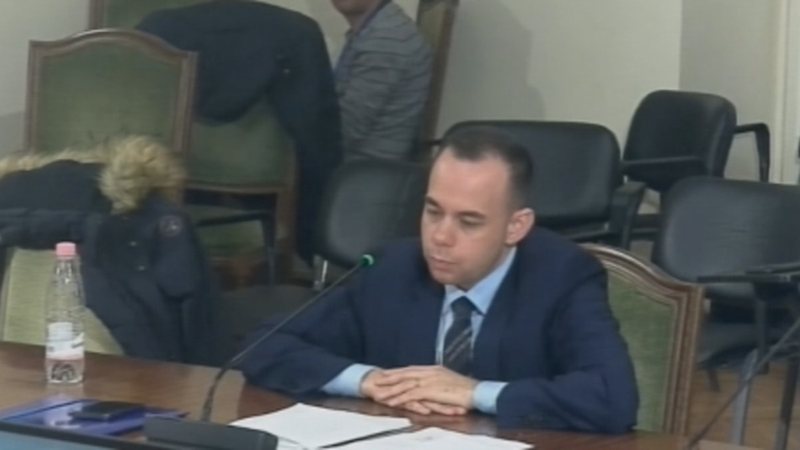 In Albania, the Special Court against Organized Crime and Corruption accepted today the request of the former socialist deputy Alqi Blako, for the change of the security measure, from prison arrest to house arrest. The decision was opposed by the Special Prosecutor's Office, which announced that it will appeal the decision in the Appeal.

But the Special Prosecutor's Office has expressed against changing the measure of arrest "because the conditions to release him do not exist". She has accused the former MP of "Abuse of duty" in cooperation and "Passive corruption of high state officials". According to the Special Prosecutor's Office, he, in cooperation with the former Minister of the Environment Lefter Koka and another official of the Ministry, where he held the position of Secretary General, prepared forged documentation related to the data of the expropriated property, for the construction of the Fieri incinerator, changing the designation from "field" to "land", increasing the expropriation value.

Also, he is suspected of favoring the beneficiary company of the concession, in exchange for "irregular benefits" with a value of nearly 150 thousand dollars, which went in the form of high monthly payments to his father, employed at the incinerator of Tirana. The charges leveled against him have been rejected by the former MP.

The case of the incinerators is widely regarded as one of the biggest corruption cases. In the case of Elbasan and Fier, the investigations of the Special Prosecutor's Office against Corruption and Organized Crime have been accompanied by several arrests, where, in addition to ex-minister Koka, ex-deputy Bllako, some of the members of the evaluation commissions have also been charged. While the administrators of the concession companies, Klodian Zoto and Stela Gugallja, for whom there is a restraining order, are on the run. The two waste treatment plants of Elbasan and Fier, where the incineration process is also included, are already under seizure. As for the case of Tirana, investigations are ongoing, and there are no defendants or measures./ VOA