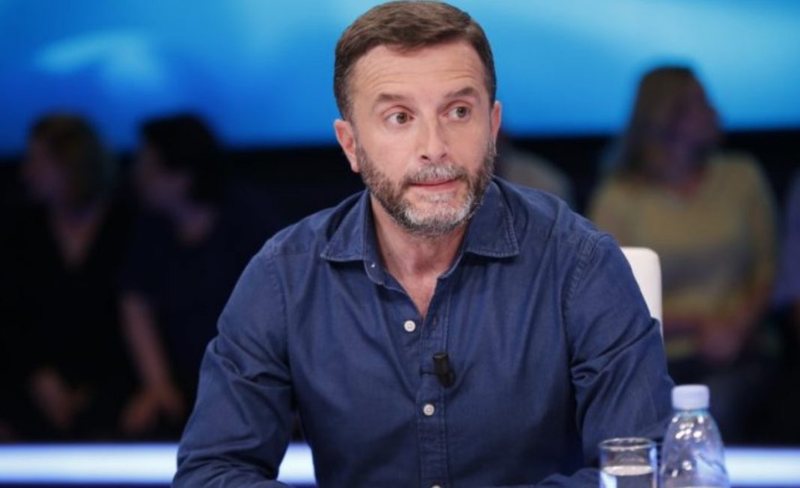 Brace says in a reaction on social media that society's fight is against the pattern of getting rich quick from drug money.

He writes the crime market in London, Rotterdam or Madrid with "bar houses", are competing legal and honest work.

WHEN THIS COUNTRY LOSES A GIRL / WOMAN;

WHEN THIS COUNTRY LOSES A STATE SERVICE / POLICE OFFICER;

WHEN THIS COUNTRY LOSES A WORKER, MEN OR WOMAN;

THIS PLACE HAS ITS SADEST DAY!

Saimir Hoxha was a civil servant;

A state police officer on duty against crime, cultivation and drug trafficking.

The killer was caught;

A soldier of a model who deserves our fight, as a society, not just as a policeman.

It is the model of quick money, income from drugs, its cultivation and trade to young people who are destroyed by it.

The crime market here in the fields, in London, Rotterdam, Madrid in the bar houses, is the one that competes the legal and honest work, the income that comes from it.

When I talk about legal and honest wages, I want to win the battle over the crime market;

When I talk about society's battles against cultivation and drug trafficking, I want to do and win the merciless battle against them, as citizens, parents, teachers, young people, police, prosecutors, judges;

We can not accept it as normal, acceptable "damage" in a war!

Closed-door meeting / DP MP burst into tears Lulzim Basha: You can not exclude us for a word of mouth!

Separation from the life of former US Secretary of State Colin Powell / Yuri Kim gives the sad message: I had the privilege of working for him

The MP erupts in the meeting held behind closed doors: We who have participated in Berisha's lecterns, are seeing each other ...

Kreshnik Çollaku explodes: I am ashamed to be in this hall