"This is the most terrible vice of Edi Rama"/ Sali Berisha warns the prime minister and makes an urgent call: The citizens' revolt will decide! 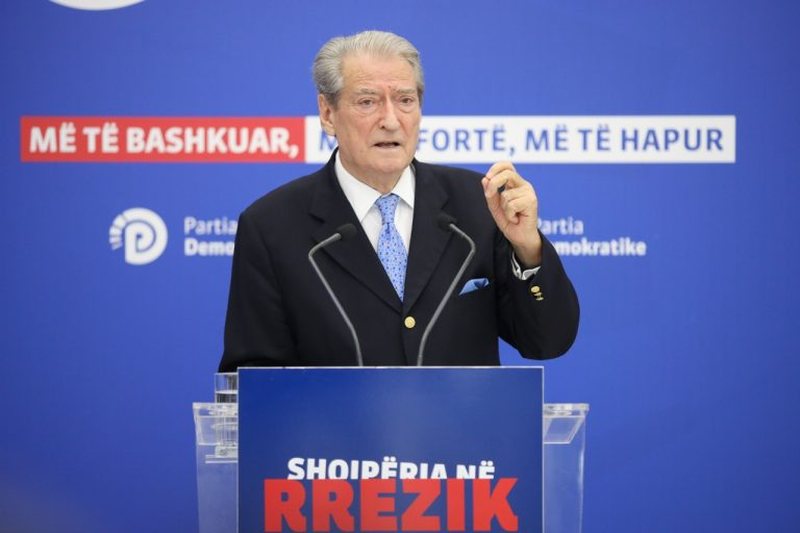 Former Prime Minister Sali Berisha accused Prime Minister Edi Rama of not taking into account DP's requests and suggestions to help the citizens because his "vice" he said is "theft".

Berisha warned of other protests where he said that "Albanian citizens with their next revolt will decide on these demands".

"I am aware that Edi Rama with his arrogance and terrible vice of theft and enrichment by stealing public funds and assets does not and will not take into account these requests, but I guarantee that the Albanian citizens with their next revolt will to decide on these requirements and other requirements of the PD emergency program, such as price indexation and other very important measures", said Berisha.

"In these emergency circumstances, PD requests the immediate establishment of full subsidy of all urban and interurban transport tickets in the territory of Albania.

This DP proposal is not unfounded, but based on a series of European countries.

I remind you here that in Germany, with a monthly ticket of 9 euros, I can move around the country", said Berisha in a statement to the media.

The former head of the State Police reveals the "trap" that was set for Sali Berisha with the "king" of gambling: The truth of the employee connected to Ervis Martinaj

Arjan Çani: This would be a brilliant candidate for mayor of Tirana, here's what I would do if I were in the place of the doctor