Who is the senior Albanian official involved in the case of Rezart Taçi? Brace left the 'ball' to Ahmetaj yesterday, Artan Hoxha brings out the behind the scenes and casts strong doubts: In the file I saw that ... 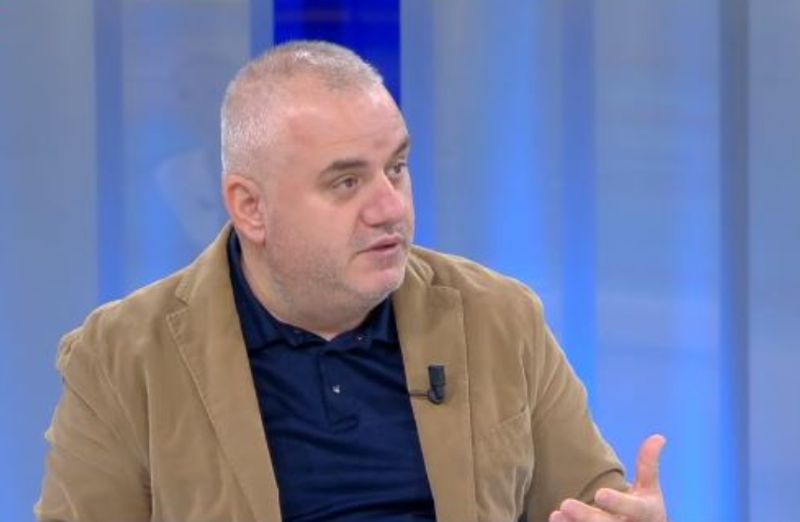 In yesterday's session of the Assembly, MPs Ervin Salianji and Erion Brace got involved in a heated debate with each other. Salianji's provocative question to Brace, whether he is the deputy prime minister mentioned in Rezart Taçi's file, almost brought about a physical clash between them.

However, the journalist Artan Hoxha, said today for the show 'ABC Live' that page 40-41 of the file shows a conversation made on October 18 between the financier of Francesco Zummo and his cohabitant.

Petruzzella tells him: "The old man talked to Rezart and he told him that he would solve this story ..."

Hoxha explains that the amount of money arrived in Albania on July 28, however he adds that he did not see in the file elements that show the involvement of Albanian officials.

"If there is a guarantee, to do this operation, it was done before the money came. I have not seen in the file elements involved of our officials. I believe that due to the fact that the money is blocked, the Sicilians have been put on alert. And Taçi told them that he would contact the Deputy Prime Minister and the Minister of Finance. "

The journalist said that he does not believe that anyone would undertake to intervene as it would leave traces. Artan Hoxha said that if SPAK would find elements of involvement of officials, this "would seal the whole situation."

Returning to the November 16 hearing, Brace in response to Salianji's accusations said that he had never had any connection with Rezart Taçi, much less with the Italian mafia. Not only that, but Brace said that the wiretaps meet on October 18, when he was not the Deputy Prime Minister. We remind you that the current Deputy Minister is Arben Ahmetaj.

"In this room there are slanderers convicted by the court, not even convicted, but conspirators in the honor and dignity of the people. The wiretapping document of Rezart Taçi is dated October 18, 2021, at that time I was not the Deputy Prime Minister, but on September 9 I was only a deputy in this hall.

"Rezart Taçi and I have not exchanged anything, nor phone calls, nothing, I have never violated his television, but I will try this too, thank you for the office you have given me but it is full of files up to the ceiling", said Brace .