'When he became President, he went to his grandfather's grave and...', the former president's aunt tells the secret between tears 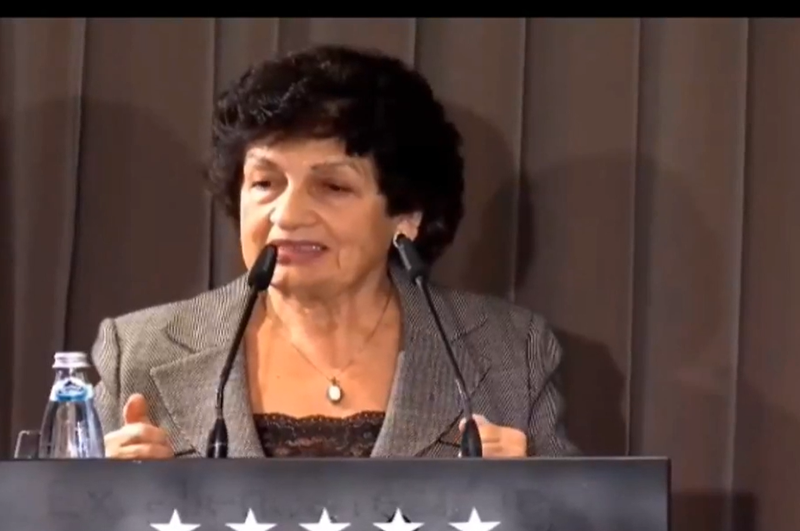 President Bujar Nishani's aunt during the memorial ceremony for him, on his birthday, has confessed one of their family's secrets.

Between emotions and tears, she confessed that Bujar Nishani did not want to pursue a military career, but fulfilled the wish of his grandfather who wanted him to go to "Skënderbej" school.

Further, the aunt says that the day Bujar Nishani became President, she went to his grandfather's grave to say just two words: Grandpa, I became General as you wanted.

Among other things, she emphasized all the virtues of the president and how good a person he was to everyone.

"I am very proud that my sister had a son like Bujari. I wanted to bring something of her spirit, because a year ago. God saw that she did not manage to get madata, she would not be able to afford it because generosity was her weakness. The day we received the madata, I said thank you that Tefta left.

I will talk about what Bujari for his childhood was a beautiful, wise, wise child. He passed all the stages of education in an excellent way. Actually, Bujari had no passion, it was a secret of our family, that he should pursue a military career, it was his grandfather, since he had lost his 17-year-old son, Bujari wanted him to go to Skënderbej school. Bujari did not spoil it and Bujari became a General and the day he was voted as president I congratulated him and he told me that tomorrow Lola will go to my grandfather's grave and I will tell him "Yes, Grandpa, I became a General as you wanted".

He was a good man, he had an extraordinary kindness, he was loved by everyone, he was soft-spoken. I don't remember hearing Bujar in offensive situations. It was good, very good, and the other virtue was modesty. Bujar reached the top of his career, but in our circle we did not feel that he was the first of the country because he was modest.

For these reasons and many others, I would say to you on this day of your birth, I would say to Bujar, you are our soul, we love you very much, you have remained with these virtues that you have, we are proud to have you. On every birthday you will be with your family, I think alive. You will always be among us", she said.

The next plan is revealed/ What was the file that was taken hostage by Basha? Sali Berisha breaks down the facts

Lulzim Basha's reaction to the McGonigal case / "Don't talk because he won't talk", reacts 'teeth for teeth' Berisha: Here was the message of the former leader of the DP