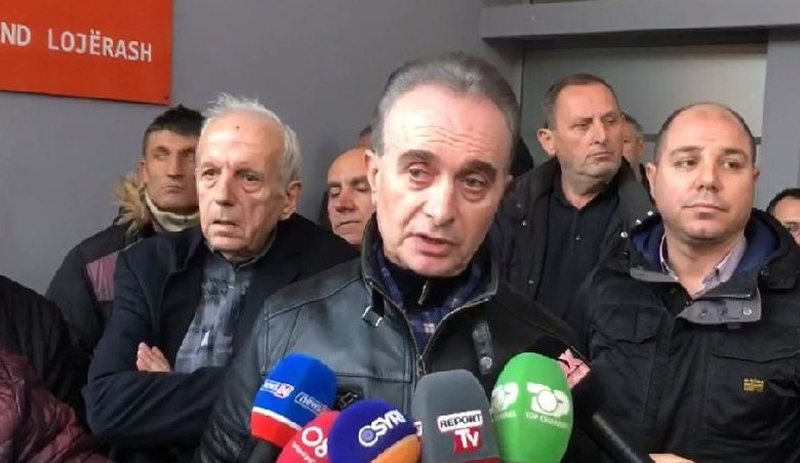 Former Prime Minister Sali Berisha and his supporters took the first step yesterday to lead the Democratic Party to smoke and flames. Ever since he was expelled on September 9 from the PD parliamentary group, former Prime Minister Berisha announced the overthrow of the leader of the Democratic Party Lulzim Basha from the leadership of the Democratic Party, while in many statements he has denounced the fact that he will violently overthrow the current head of the blue headquarters . But yesterday the first signals were given, as Berisha's people tried to take the PD branch in the city of Fier by force. Thus, many democratic militants in Fier, led by former President Luan Baçi, stormed the headquarters of the Democratic Party yesterday, while protesting against the change of the door lock by the commanding leader, Agron Kapllanaj. In a sign of revolt in front of the cameras,

Waves of threats and accusations

But while he was present in Fier, the former chairman of the branch, Luan Baçi, erupted in strong accusations against the leader of the Democratic Party, Lulzim Basha, while emphasizing in front of the media that he does not know the commander Agron Kapllanaj who replaced him in office. Baçi even said that he was there to avoid any possible clashes, because according to him the Democratic Party is where the people are and not the seals and offices. According to Baçi, changing the door lock in that way is something shameful. "Today is the time to denounce this shameful and offensive act for everyone. The branch secretary and the organizational secretary came to perform some actions, to get some cards and found the doors closed. For this reason, a report was made to the police. There is no understanding work, the branch continues its activity. The DP is not where the offices are, but where the people are. I do not know at all the command that Basha did, I do not know. The offices were usurped by a team that came from Tirana, they entered with screwdrivers and changed the locks. The whole problem of the Fier branch is with the center. "PD are the members, they are neither offices nor stamps", declared Baçi.

The tensions that have gripped the Democratic Party in Fier, date back to October 20, when the leader of the Democrats Lulzim Basha commanded at the head of the branch of this city, the former mayor of Mallakastër, Agron Kapllanaj. But according to Luan Baçi, who held this post, the dismissal was made without him being officially announced. There is an ambiguity regarding Baçi's removal from the leadership of the PD Fier branch, because despite his statements, before the April 25 elections, Lulzim Basha issued an order where the heads of the branches who wanted to run for MP, had to first give up local posts. Luan Baçi ran as an MP in Fier in the April 25 elections, where he won. However, based on this, Baçi was seen in the pulpit of Sali Berisha in Fier and claims that it all came as a revenge of Lulzim Basha because he openly stood by the former prime minister.