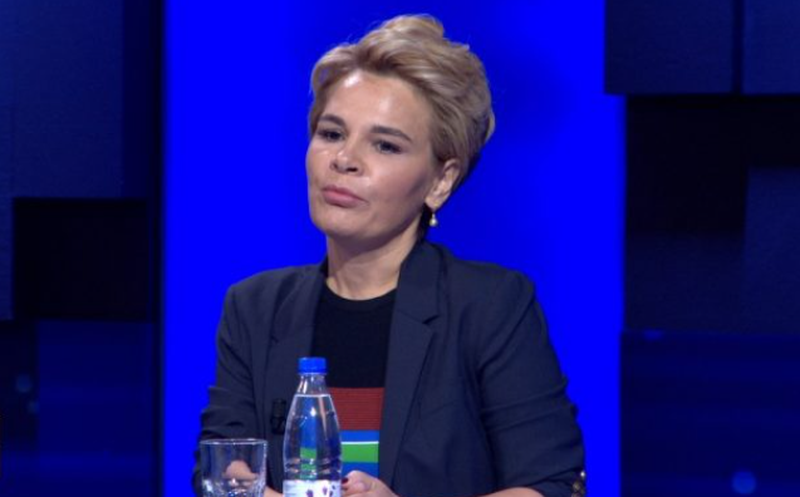 Freedom Party MP Monika Kryemadhi has stated that she believes Ilir Meta's statement that she will not cooperate with Edi Rama.

Invited to the show "This Week", Kryemadhi also touched on the boycott of the elections and the burning of mandates, where she said that Prime Minister Edi Rama took advantage and took over all the mechanisms to put Kosovo in a difficult situation.

Kryemadhi: I believe this statement, he is a politician who has often been called a weak point on national issues. They say why was it done with PD in 209, if it wasn't done, we would be staying at embassies for visas and boarding rafts like today.

In 2013, there were 3 laws that paved the way for obtaining candidate status.
Rama is not interested in opening negotiations. meta no longer cooperates with Rama, it may not be modern to wear chitjana like Rama, but he is a patriot. One of the reasons for the nervousness with us as the opposition was the boycott of the elections and the burning of mandates not for the power of the opposition but for giving the mechanisms to Rama to put Kosovo in difficult positions, changing the borders of the Open Balkans and placing the Albanian state in a Serbian company. for Russia. Serbia will remain the lover of Russia, which will never accept Kosovo's independence. Rama took advantage of my idiocy and Basha's wickedness that we gave him the weapons to rule Kosovo. Today we have a dominance of Russia in the region and Albania. The case of the reporters in Gramsh shows how cross-legged not only the Russians are sitting.

Nisida Tufa: What can you say about the meeting of the head of the Freedom Party with Ambassador Yuri Kim?

Headmaster: I have not been to the meeting. To my knowledge, it was a meeting of over two hours. I can say that in such meetings with foreigners, Ilir Meta is very interesting, more real than in the media, more realistic and more grounded in our country and produces stability in the region, and all partners have seen Meta as the man to find of balances. Ambassador Kim has made her position clear and we should not follow Edi Rama's policy. We have a goal of integration into the EU, the US has made it clear that it strongly sponsors the country's integration. The relations of the opposition with strategic partners are not individual, they are between institutions and whether we like it or not are for evaluation.