"I had some information", Salianji explains the quarrel with Brace, puts Arben Ahmetaj in the game: He burned them a lot! 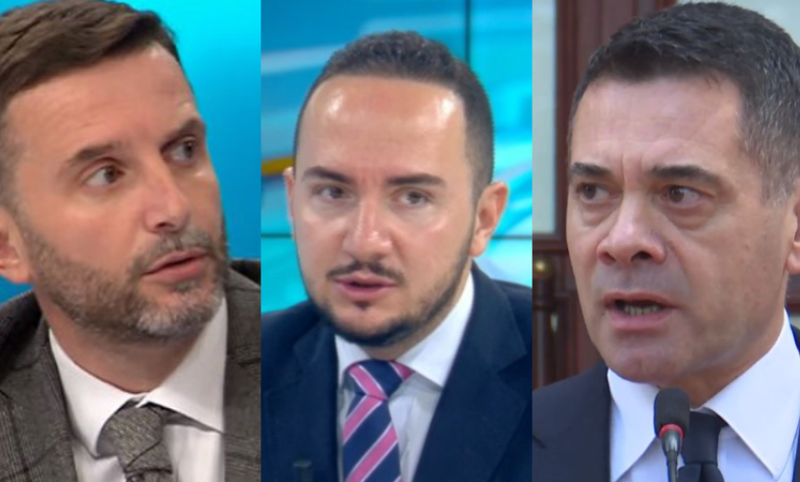 In an interview for 'ABC', while casting doubts on the inclusion of Brace in the file of wiretapping of businessman Rezart Taçi, he did not rule out the possibility that the Deputy Prime Minister mentioned in this file is also Arben Ahmetaj.

"I had information that is in the file of the prosecution as a guarantee of drug clans. These are the two highest officials. Minister of Finance and Deputy Prime Minister. It was a question and we do not know if it is currently or Brace. If Brace says it's not me. It is Ahmetaj. I will also ask Ahemtaj. It was unethical reaction. That there is no size of a man who can be scared of something. I burned them a lot. Having shared every source of this country they also tend to make the strong and take the floor. It has been an expressed revolt.

It was a reaction of the moment. But because Brace was taken from the place and was not stopping talking.

He was there in the Assembly and intervened. It was Klotidla Bushkaj, Taulant Balla and Erion Braçe. Bushka has increased his wealth tenfold. I spoke to Taulant Balla. She has lost trials. When they are facts they are facts. I give you the decision and we get out who the winner is. I also accused Balla. That these three interfered where we were talking. This one had a reaction that burns you something.

"Brace did not deny it, but said that I have a document and it is not me but it is the other," said Salianji.