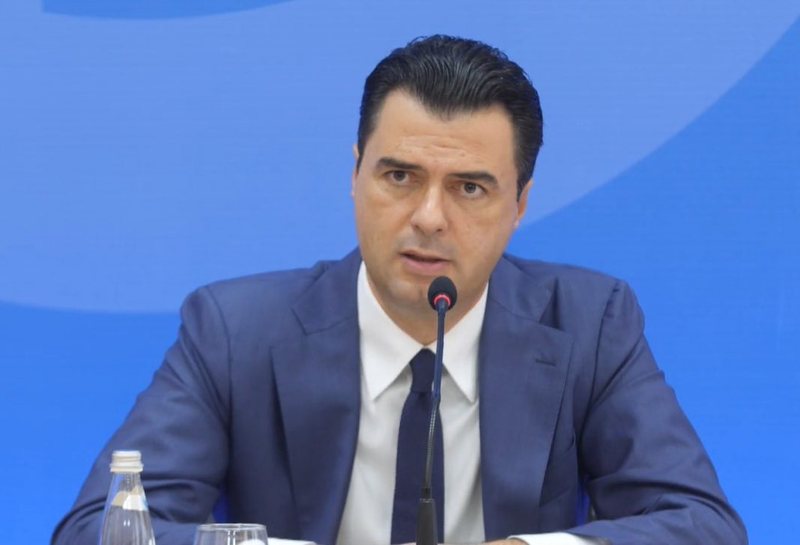 DP leader Lulzim Basha during the conference he held today from the blue headquarters, was embarrassed by the spicy questions of journalists.

Basha was asked, among others, about the case of Tom Doshi and the case of Sali Berisha, both "non grata" in America.

The journalist reminded him that before the elections, he demanded that Tom Doshi leave politics because he was declared "non grata" in the US. In fact this is what happened, Tom Doshi withdrew. Lulzim Basha was asked to make a comment about Sali Berisha, since he is in the same position in which Doshi was once.

"You asked Tom Doshi to leave politics because he was 'non grata', but for former Prime Minister Sali Berisha, will you take the same stance?"

The DP leader refused to answer this question. "We are proud of the decriminalization law. We forced the majority in 2014 to accept the serious wound of criminalizing politics, by introducing MPs with criminal records in Parliament, mayors and senior political leaders. "Our battle for decriminalization will continue with all our might," said Basha.

"You asked Tom Doshi to leave politics because he was 'non grata', but for former Prime Minister Sali Berisha, will you take the same stance?", The journalist insisted for the second time.

Lulzim Basha: I have no comment on this issue, outside of this report. Any deviation from the report does not serve the public interest.