"You are the highest paid people in this country, we need more concrete results" / Fatmir Xhafaj lists the criticism of the government and speaks in a strong tone: It is unacceptable that there is still talk of lack of offices, absurdity… 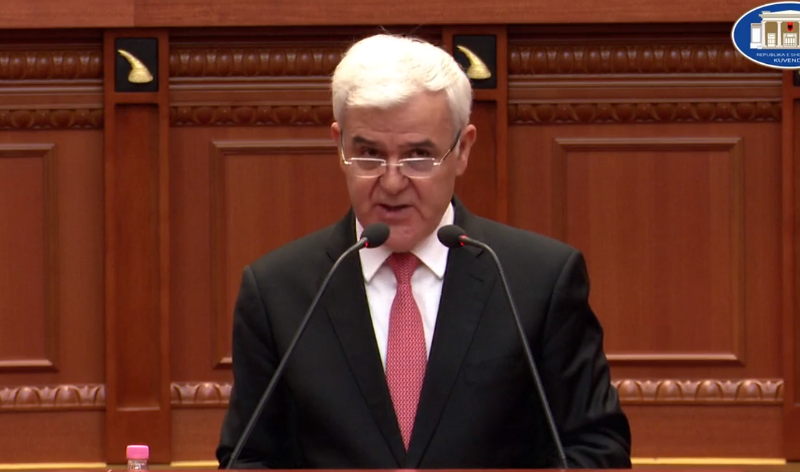 In today's plenary session where the 2022 budget is being discussed, the Socialist Party MP, Fatmir Xhafaj, also spoke in harsh tones.

Xhafaj was critical in his speech in the Assembly regarding the expectations he has towards the government for the budgeting of new justice institutions but also the system and the work of the new justice for the citizens.

Speaking about the draft budget for 2022, Xhafaj said that it provides solutions to the vast majority of requests for the proper functioning of the justice system and institutions.

"Let us hope that this helps us to see better results than what we have seen now," said Xhafaj.

But Xhafaj stressed that budgeting for justice and security institutions can not be similar to the routine programming of institutions depending on the executive.

" It is unacceptable that after more than two years have passed from the work of SPAK, today there is still talk about the lack of offices for prosecutors and investigators of BKH. Worse still, the dispute over budget funds for BKH judicial police officers has not yet been resolved, which is probably one of the reasons why there is talk of oversupply today.

No commitment for additional funding for the magistrate school. The answer is that we will review it in the budget changes in the middle of the year. The same approach to a multi-year promise by our government and related to the working conditions of the high court. The current facilities there are in the worst possible condition to cope with the extraordinary volume of work.

Again, there is no funding for the construction project for the new court.

On the other hand, I can not understand how for 30 judicial police officers in the conditions of work overload in the prosecutor's office they have to wait 3 years to meet this requirement or for a simple intervention in the legal framework prosecutors must come to the odyssey of payments for services received from other institutions.

An unacceptable absurdity in approaching these issues and relations with the new institutions of the independent judiciary " , said Xhafaj.

The Socialist MP had a strong message for prosecutors and judges as he said that today are the highest paid people in this country precisely from the taxes of citizens who expect more justice.

" I want to be very direct with the leaders of the new justice institutions. The people of this system, the prosecutors and the judges, but also the teams of the governing councils and the leading staffs, must understand much better than until today, their responsibility towards the citizens and the future of the country.

I reiterate it and I want to hear it again so that they do not forget it, they are the highest paid people in this country today.

In addition to guarantees of full decision-making and functional independence, this is one of the main innovations in justice reform.

A very fair solution for the mission and responsibility they have for the state of justice, they are not a gift to anyone, they are money investment from the taxes of the citizens of this country who still have high expectations from the new justice system.

"With the hope for more accountability for more transparency and more concrete results in the delivery of justice in services to citizens, in the fight against organized crime and especially corrupt impunity at high levels."