"You see them but you can't catch them", Deputy Salianji mocks Minister Çuçi in Parliament: This is the only way you can find them 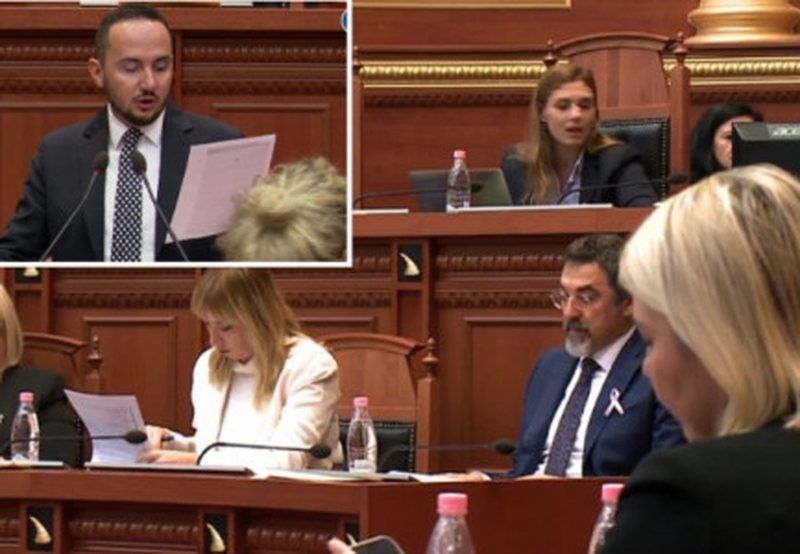 The Deputy of the Democratic Party, Ervin Salianji, mocked Minister Bledi Çuçi today in the Parliament, emphasizing that they have been looking for a meeting with him for several weeks but have not been able to have it.

He compared the situation created between the police and criminals in search, adding that the blues fall on their tracks only when they have problems with each other.

"Mr. Minister, thank you for finding you today as we have been looking for you for a month. You have become like you with the police, you see the criminals and you don't catch them. And we see you here but we can't catch you. For years, the situation with criminality has worsened.

Every day we see in the media and in our areas how citizens address us with the lack of security in this country. They encounter the incompetence of the state police, and this is also reflected in ordinary policemen. I asked for this interpellation at the beginning of September after the serious events that happened on the main roads.

Criminal events are happening every day and the police only find them when they have a problem with each other. I have some questions. One of them is the concern about the traffic of Albanian citizens that filled the main British newspapers throughout the summer", he declared.

The next plan is revealed/ What was the file that was taken hostage by Basha? Sali Berisha breaks down the facts

Lulzim Basha's reaction to the McGonigal case / "Don't talk because he won't talk", reacts 'teeth for teeth' Berisha: Here was the message of the former leader of the DP