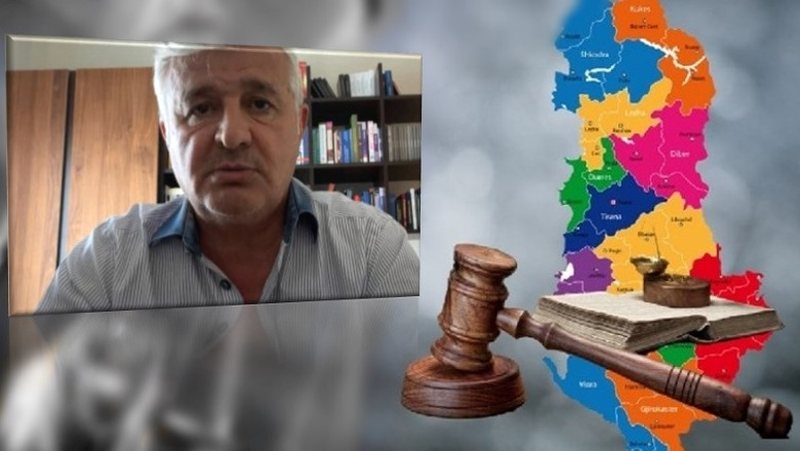 Lawyers from Kurbin, Lezha and Kruja came together yesterday in the boycott of court hearings protesting against the new court map. The court of Kruja will no longer exist, if the approval for the map is obtained and the citizens or interest groups will be served in the court of first instance in Tirana. "This project seriously affects the interest of citizens. Even tomorrow a foreign investor will come to invest in the city of Kruja, the first thing I will ask is where the court is. "Taxes for the citizen will be higher", said the lawyers. Kruja MP Andia Ulliri was also in support of them in the protest. "And everything with the closure of these courts will collapse, because such a city needs its people, it needs to have court cases treated properly, they should not exceed their deadlines." said Olive. In the court of Kruja, lawyers, while protesting, participate only in security measures. The new HJC Judicial Charter has provoked strong reactions. We recall here the warning of the President of the Chamber of Advocates, Maks Haxhia, who stated that any lawyer who violates the decision of the Steering Committee to boycott court hearings, will be prosecuted for disciplinary violations, risking the revocation of the license to practice. The well-known lawyer informed that if the draft of the new court map is not reviewed together with the arguments and objections of the lawyers by the government and other institutions, then the Chamber of Advocates will convene to make a new decision in the future. "We will make a request to the court that we will not participate due to this decision. Security measures will absolutely not be boycotted. If the lawyers do not obey the order of the Chamber of Advocates to boycott, they will be prosecuted or measures will be taken until the license is revoked. If it is not taken into account, the Steering Committee will meet to determine the position we will follow ", declared Maks Haxhia.