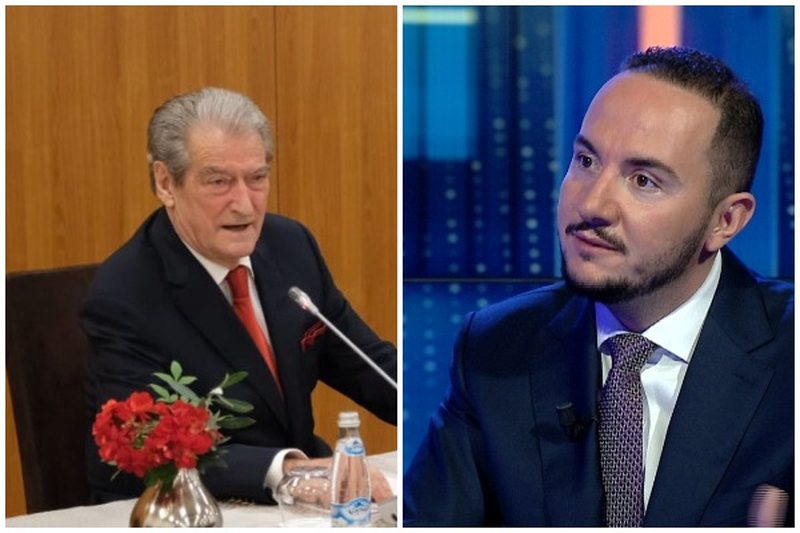 Former Prime Minister Sali Berisha has reacted in relation to the trial of DP deputy Ervin Salianji, which will take place the next day. Through a post on Facebook, Berisha says this trial is a genuine Stalinist process.

In his reaction, Berisha says that the denunciation of deputy Salianji "forced Fatmir Xhafajn to save his brother from the investigation into the traffic that he was running from Vlora, to hand him over to Italy with a quick procedure, but today nobody knows where he is".

According to Sali Berisha, the accusations against him were assembled by false witnesses, by close associates of the crime in the head of the senior police. Berisha calls on some international institutions to intervene against this process.

Friends, deputy Ervin Salianji will appear before the court tomorrow in a real Stalinist trial. He goes to the father of the accused because he denounced Geron-Agron Xhafen, sentenced to 7 years as the leader of the drug trafficking network of Bologna and Venezuela and wanted.

He continued for years quietly and protected by his elder brother Fatmiri, minister and Edvini, his dark deeds according to the independent journalist's investigation.

The denunciation of deputy Salianji forced Fatmir to save his brother from the traffic investigation he was leading from Vlora, to hand him over to Italy with a quick procedure, but today no one knows where he is.

In a shameful and scandalous act, Deputy Ervin Salianji is accused by the Xhafa drug clan of defamation because he publicly denounced the defense by Edi Rama and Fatmir Xhafa of the trafficker Agron Geron Xhafa, who was wanted as a convict in Italy for international drug trafficking and for the fact that Ervin bravely made public the journalist's investigation that proved that Geroni continued to organize drug trafficking.

The accusations against him were assembled by false witnesses, by close collaborators of the crime at the head of the police Ardi Veliu, Albert Nushi and Andon Marko with the help of traffickers in the Information Service.