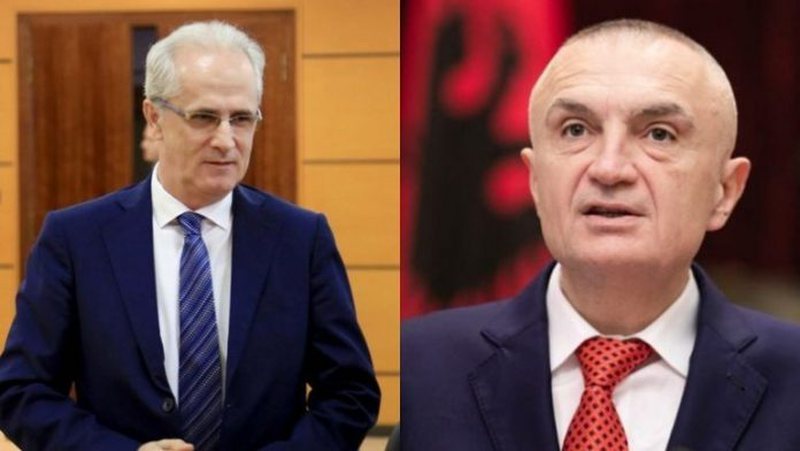 Today, the Special Court Against Corruption and Organized Crime has rejected the lawsuit of President Ilir Meta against the former head of the Judicial Appointments Council, Ardian Dvorani. The Presidency reacted to this decision, calling it unacceptable.

It took 2 years for the SPAK to request the termination of the criminal proceedings against the person under investigation, Mr. Ardian Dvorani and against the former Minister of Justice and her subordinates.

Today's decision of the Preliminary Session Judge, who approved this request of the Prosecution to dismiss the criminal case initiated 2 years ago, upon the report of the President of the Republic, is INADMISSIBLE and will be APPEALED according to the procedural rules and deadlines set by the Code. of Criminal Procedure.

Anyone who has committed a criminal offense and abused his or her public office, whether a former member of the Supreme Court, a former Minister of Justice, or another senior official, will be brought to justice.

The facts are there and the proven criminal actions can not be undone, despite the non-objective assessment of the SPAK not to delve into the investigation of the criminal mechanism and cooperation and the completely wrong reasoning on the circumstances of the fact and elements of criminal offenses consumed by citizens. reported.

The importance of this issue, precisely because of the violation of public confidence in Justice, can not be overstated by dragging it out in time, nor by shallow investigations, which derive from the substance of the matter.

Even an international expert body like the Venice Commission acted faster and more objectively than the SPAK.

It is enough that SPAK had referred to the findings and assessments of the Venice Commission, and would have found there an objective assessment and a clear reading of what the law and the Constitution of the Republic of Albania sanction, but also the culprits who tried to deprived the President of the right to appoint a constitutional judge, as well as who left the country 3 years without a Constitutional Court and without a High Court.

The SPAK rejected the foreign expertise and with its decisions enabled the perpetrators of criminal crimes to continue in their survival.

Justice still has time to speak!