Gjekmarkaj sends a letter to Nano and Çuçi: Cows and chickens are being stolen in Lezha 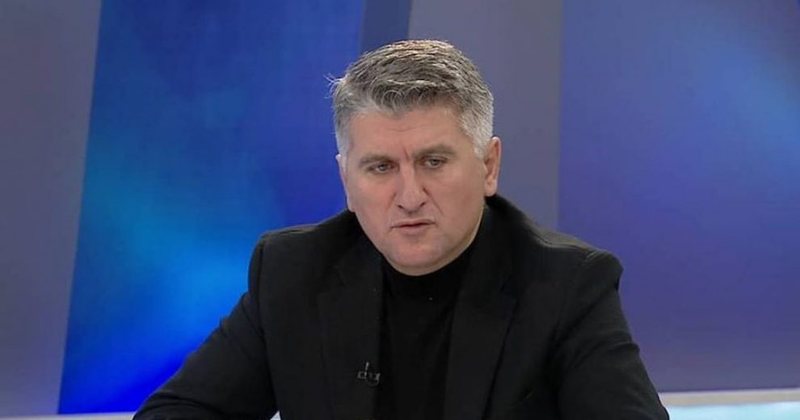 Democratic Party MP, Agron Gjekmarkaj has sent an open letter to the Minister of Interior, Bledi Çuçi and the General Director of the State Police, Gledis Nano.

In the letter, the deputy raises the concern that in Lezha every night the inhabitants are robbed of cattle and agricultural products, through which they provide vital income.

Also, Gjekmarkaj accuses the Lezha police that despite the situation does not react to intervene.

Night after night, they approach the houses, stables, gardens in trucks and take what God has given them to eat. Police, tired of the lost battles, are locked in police stations. Cars sometimes leave, leaving it on the streets, and it is no wonder that compassionate thieves lend a hand to push it.

After the electoral massacre, you made a punitive expedition there and removed the less loyalists and took the loyalists of the Party because the helbets were not shown at the height of the vote robbery. A hierarchy of the disabled, a party of reborn people in uniform governs the Police in the Region of Lezha.

Note this. They roar the mejhans during the day and fall asleep in chariots. Every night a house is broken into. The government has a cow, a calf, some sheep and goats, some piglets, some papaya motors and a pound of honey and brandy, groshes and potatoes, cheese and seasoned, stolen, serve as jokes to entertain the Prime Minister, but for the villagers without no income are the means of existence. Prosperous lands are those of Mate Coast, Lezha Island and Zejmen, people are workers, but life is difficult.

Yes, yes, there they rejoice in the rain when it falls on the wheat and corn, they rejoice in the eggs, the kid and the lamb, many of them live with them, with sweaty dignity, they steal nothing from anyone. They drink wine from the garden they make themselves, brandy as well, cheese as well. That summer can cause acidity to the Minister and the Chief of Police, the cheese is not processed and it affects the cholesterol because it has fat, so they can hardly understand its value.

This is the bitter joke of a reality that is deteriorating in a country where thieves rule and the police hide, where law has fallen and theft has risen, where dignity is violated and fear is strengthened, where propaganda is increased and the truth diminished at the expense of people who do not come out on the screen.

Mr. Minister, Mr. Chief of Police, spend a day, go to Lezha, collect those damn subordinates, take the situation seriously, encourage them to protect chickens and cows, to protect property and security! Do people deserve that much or not, even from a carnival government ?!