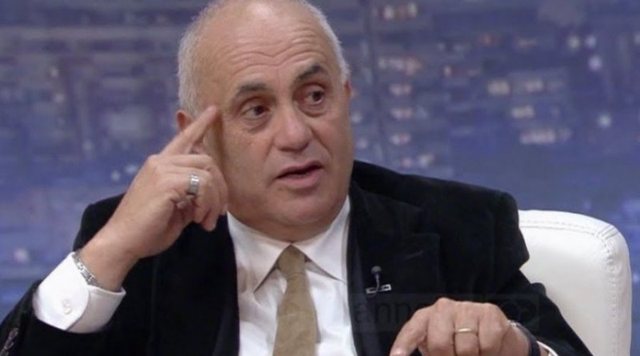 Professor Artan Fuga has come out with a strong reaction on social networks after the successive reactions of the Prime Minister Edi Rama regarding the discussions on the opening or not of the negotiations for the integration of Albania in the EU.

"Regarding the possibility or not of opening negotiations with the EU, there is an inexplicable nervousness on the part of the governmental political leadership in Albania!

Psychological pressures, words that go beyond diplomatic prudence, somewhat insulting addresses to the EU, a kind of complacency as if we are the amber pearl and misunderstanding of today's geopolitics that condition everything.

Instead of cold analysis, prudent actions, pragmatic demands, there is a passionate mess of calls that hurt!

The seriousness of the state must be preserved, the opening of negotiations requires prudence, it is not an electoral rally in Yzberisht, a meeting with patronageists!

"How is it possible that the Albanian Parliament sleeps on this issue, but the Committee on Foreign Affairs, of integration, then leave the opposition because I am not asking for anything!", Writes Fuga. 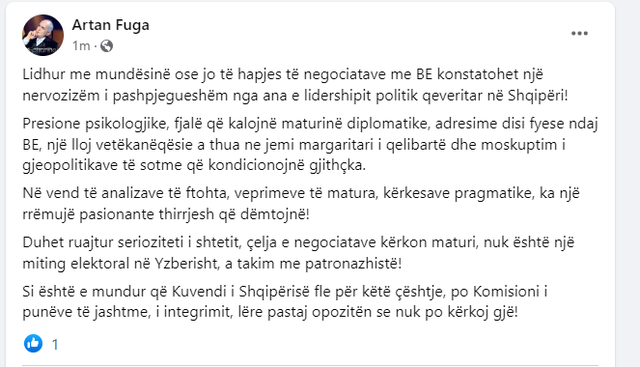