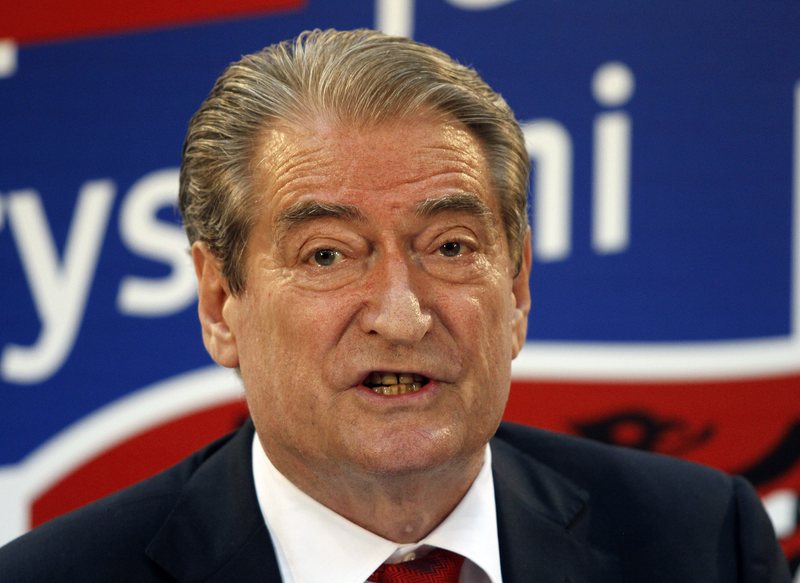 Former Prime Minister Sali Berisha, has reacted after today's decision of the Court of Appeals, which has appointed by lot the judge who will have in hand the fate of the "seal" of the DP after the appeal by Enkelejd Alibeaj against the decision of Judge Agron Zhukri but the registration of the statute of the Re-establishment Commission that originated from the DP Assembly on December 11th.

In his reaction, Berisha writes that this is a pure unconstitutional intervention in the justice system by Rama and Ambassador Yuri Kim.

The first statement in the history of the world!

This illegal decision this court sent today to us on appeal, again not giving the decision to the DP, which was the only party in the process.

But this illegal act in a unique case in the history of Albania and the world, is accompanied by a political statement of the Court of Appeals published two hours before the draw for the judge who would review the case.

This statement, which has never been made in advance by any court, not even in a dictatorship, proves irrefutably:

1- the shameful interference and dictation of such a statement to the court by Edi Rama, which shows the terrible efforts for influencing the justice.

Condemning with the utmost severity this brutal interference in the work of the courts, we recall that such a statement was not made even when Alibasha savagely attacked the judge of the Tirana court, one day before deciding on the assembly of December 11, 2021. PD.

After the draw, the names of judges Elona Toro, Edlira Petri and Genti Shala emerged, who will now have a "hot potato" in their hands, a decision which will actually determine who enjoys the PD.