Evi Kokalari is not separated from Belind Këlliç, accuses the Democratic MP of lobbying in the media against her and warns that he may suffer like Musine Kokalari 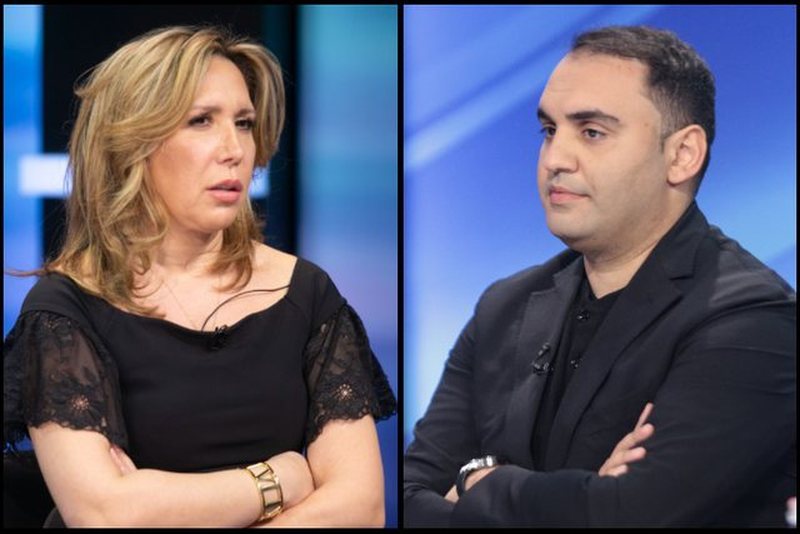 Re-founding American Evi Kokalari does not share with the Democratic MP Belind Këlliç and continues the accusations against him. Kokalari has again accused Këlliçi of hiding behind the attacks on her on social networks. Through a post on social networks, Kokalari has published a comment that has been made in the media against her. "How can you not flatten him well and give him the hair in his hand", this is the comment made according to Kokalari, who accuses Këlliçi of being behind these public attacks. Kokalari says that these attacks are coming right after the denunciations that she made against Kellic that she manipulated the votes in the internal elections of the Democratic Party. Musine Kokalari, who when she came out of one of the court hearings, the communist offspring pulled her hair. Her only fault was that she demanded a political system and fair elections for the good of her country. Little, very little has changed people these last 80 years. Are there still monsters whose violence, swearing and slander are on the agenda, and how many of you 'intellectuals' have raised your voice against this kind of attack you have seen these 5 weeks against me? "How many of you journalists who speak 'reality' have said 'enough' with this absurdity," she said.

Meanwhile, Kokalari said that the Democratic MP is behind the attacks on her on portals. She stated that she did nothing but denounce the manipulation of votes and lists in the elections of the Council and the Presidency of the Democratic Party. platform totally monsters like Belind Këllira, who as they have admitted to me and they themselves is behind all these attacks by two trash portals. How many women journalists have reacted to this kind of vulgarity directed at four or five men? And if we take it in detail, what was my fault here? That I denounced the manipulation of votes and lists in the elections of the Council and the Presidency? And how many of you think I deserve this kind of behavior? How many of you PD members raised their voices against the absurd attacks of CNA & New media? What about you civil society who pierced our ears day and night shouting against injustices, how many times did you raise your voice? ZERO !!! Your hypocrisy is obvious. Your indifference is shameful. Your character - mediocre ", writes Kokalari. Meanwhile, for a long time, Kokalari and Këlliçi are clashing, after the denunciations that Kokalari started, where he started the denunciations for the manipulation of votes, which according to her was made by Belind Këlliçi, where he posted photos with numbers and wrote that they are the respective numbers used in the voting list. for the DP National Council candidates on 30 April. According to her, through this list Këlliçi has lobbied and oriented the voters for the candidates that have been elected. Kokalari says that out of 67 people on the list he has published, 43 of them have been elected and make up 15% of the Council. According to Kokalari,

"Rama and his co-thieves want to hide the money in ...", Sali Berisha breaks the serious accusations and raises the alarm: He was caught in the act!

Ornela Bregu is one of the most beloved names that has been missing from the s...