The issue of the sea in The Hague, Rama meets with Mitsotakis: We still do not have a consensus with Greece 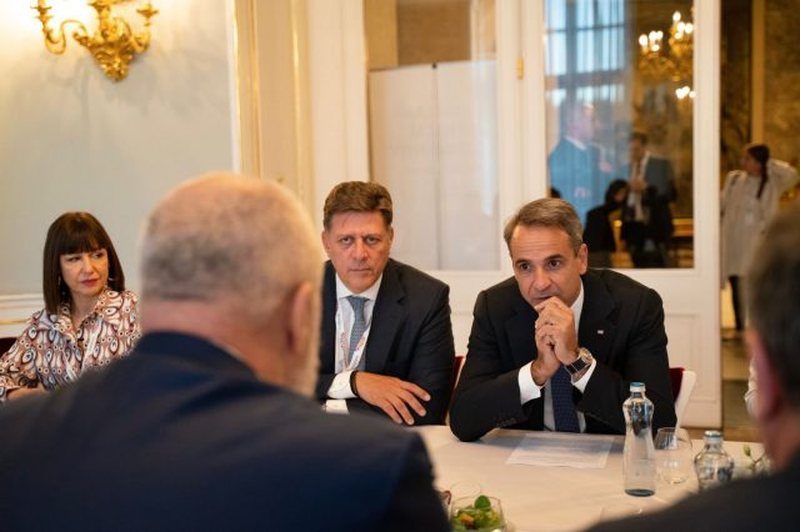 Albania and Greece have not yet managed to find an agreement on the issue of the sea in order to turn to the International Court of Justice in The Hague.

The news was received by Prime Minister Edi Rama himself in Prague, where he is participating in the meeting of the European Political Community. For this issue, Rama and Mitsotakis held a meeting in the Czech capital.

"This is a legal process, there are a number of rules, there are a number of procedures and we will respect the procedures from the beginning to the end because we have to make our position very clear, we have to make it very clear what we intend in this process and that unified attitude required of this court as to what one side intends and what the other side intends, requires its own time. So we don't have a consensus between the parties", said the head of the government.

At the first meeting of the European Political Community, Rama announced that the countries of the Western Balkans will be part of the discussion with the European Union to face the energy crisis.

"In the round table where I was together with the Prime Minister of the Netherlands, the main focus was precisely the energy crisis and how our countries, starting with the negotiations for membership, will be able to be helped directly. While I have insisted that there should be no difference here and all countries should be included, all 6 countries", he emphasized.

The purpose of the meeting in Prague was the idea of ??French President Emmanuel Macron for a European political community, which Rama believes will find the support of other countries.

"I believe that the project has every possibility to develop and consolidate further. In a situation like this, Europe is at the point where in order to predict the future, it must create it", according to him.

Over 44 European leaders gathered in Prague Castle to discuss the war in Ukraine.