Edi Poloka publishes Rama's photo and opens his mouth: The nipple hole, which is behind, has been removed since he was a child in the flower gardens of Tirana 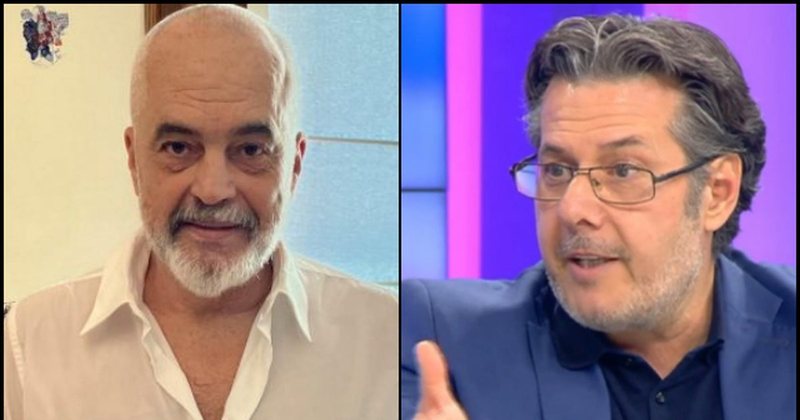 DP MP Edi Paloka has reacted to the offensive language that Prime Minister Edi Rama used again during today's session in Parliament against the opposition, defending the Durres Port affair, but also to the photo that the head of the government shared where he appeared covered by sweats after the speech in parliament.

"Behind the scenes after the Assembly - I just came out of diving into history for Durrës 2030" wrote Rama in the message that accompanies the photo.

"The nipple hole, which is plugged in the back, has been removed since he was a child in the flower gardens of Tirana, he defecated again today," writes Paloka on Facebook.

The hole of the nipple, which is plugged in the back, was removed when it was small in the flower gardens of Tirana, and it came out again today.

Of course, the first goal is to draw attention from the biggest theft that is being done to the Albanians. Yes, and the perverse pleasure of insulting and humiliating those in front of him, while hiding behind the employees of the Guard. He has had this perverse desire since he was young, but then it didn't work out for him because he had nowhere to hide... How many times did he eat wood on the streets, the taxi fares then suffered Kristaqi and Aneta at home, until they were forced to lock him in the hospital 5!

As for the question of "why he left the session sweating", ask those who "heated his plate". All those who are close to him know the reason for the long speeches in the awkward sessions in the Parliament and the sweating and the immediate tears after the euphoric breakdown. It is simply the effect of the visas that I inhale before entering the hall and then the larynx, as the effect of the dose that I received comes out.

That's why he never agreed to introduce a drug test for MPs in the Parliament when accusations were raised about this issue.

This is the prime minister we have today and he continues to behave like a sultan who makes people look like sheep and a little worse than sheep.