"I want to give an important announcement" / Kurti at the end of his speech makes the unexpected statement: In the meeting with Rama of an hour and a half was not mentioned at all ... 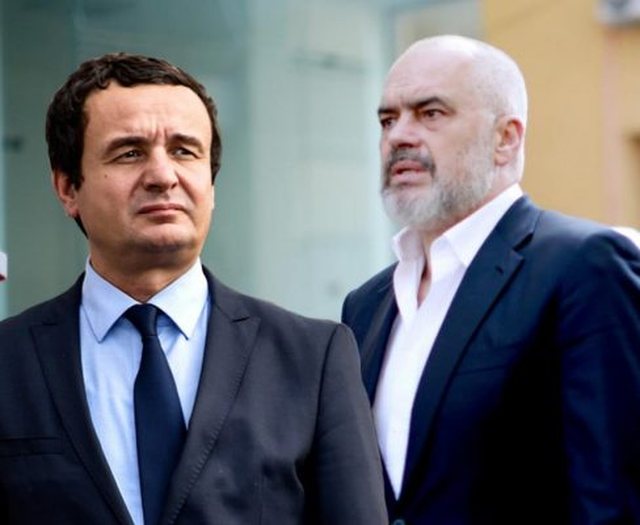 At the end of the joint press conference, after the meeting in Pristina, Prime Minister Albin Kurti told reporters that he would give an important announcement.

He said that during the meeting with Prime Minister Edi Rama, around an hour and a half, the word Balkans or Serbia was not mentioned at all, but only Kosovo and Albania.

"In the end I want to give an important announcement. During our meeting, about 1 hour and a half, where Prime Minister Rama came with almost half of his cabinet and I with almost half of the cabinet, our ministers talked more than the two of us. For an hour and a half, neither the word Balkans nor Serbia was mentioned, except for Kosovo and Albania. "Do not create the impression that when we meet we only talk about international politics, that we have so much work to do", said Kurti.