"We will see Serbia through the eyes of Kosovo"/ Enkelejd Alibeaj targets the SP at the meeting of the two assemblies: the Open Balkans puts it on a dubious path... 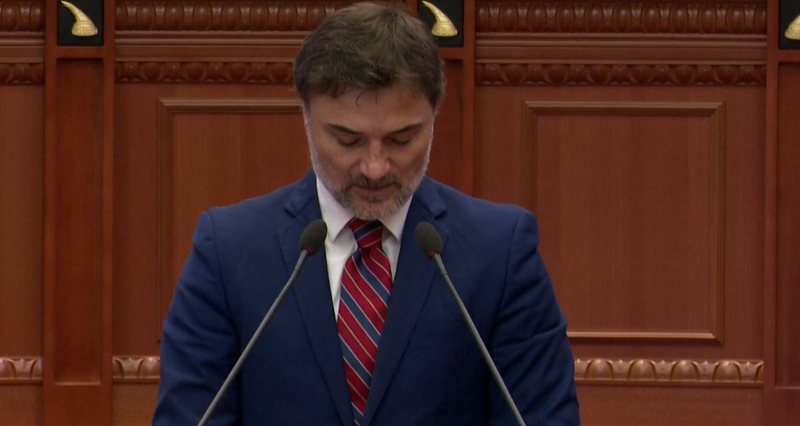 The deputy of the Democratic Party, Enkelejd Alibeaj, attacked the Albanian government during his speech at the joint meeting of the two assemblies.

He stated that the PD will always see Serbia through the eyes of Kosovo while adding that the Open Balkans puts the issue of Kosovo on a doubtful and unclear path.

"I wish you welcome. From the first day of its establishment, in a situation of rise or fall, the DP has had Kosovo in the center of attention. Our attitudes are defined in two elements, friendship with the USA and the interest of Kosovo. There is and will not be any PD position without these two non-negotiable columns in foreign policy. Kosovo has been and remains our motto.

Even in complete disagreement with the government in Tirana, we have supported every initiative in support of Kosovo. We have supported and will support any initiative between our two countries. What is good for Kosovo is good for Albania. Nothing is done well for Albania if it does not do well for Kosovo. DP will see Serbia only through the eyes of Kosovo. Kosovo and its nation have the right to declare peace. We have filed a resolution to condemn the Serbian genocide in Kosovo and we are still waiting for consideration. The Open Balkans has been assessed as incompatible with EU norms.

This puts the Kosovo issue on a doubtful and unclear path. We will give every support. We know that Kosovo today is in a difficult effort and challenge. DP supports the institutions of Kosovo, all the actors of Kosovo in this not at all easy challenge. We invite for unity. US and EU support is vital. I know, dear brothers and sisters, that there is a heavy weight on your shoulders. But you are not alone", declared Alibeaj.