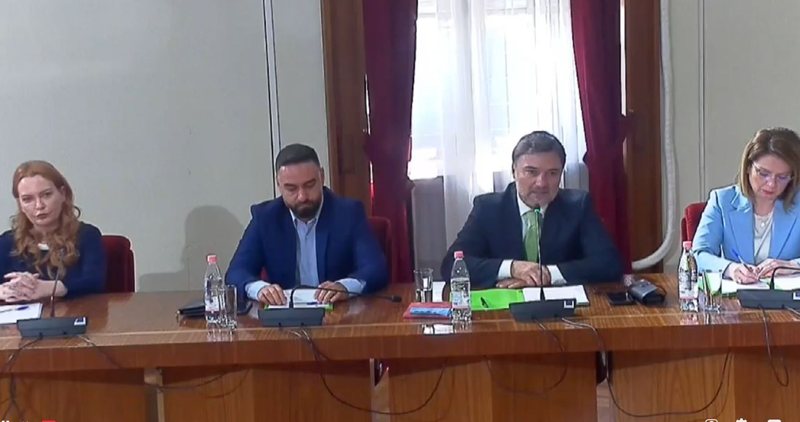 The leader of the Parliamentary Group of the Democratic Party, Enkelejd Alibeaj, spoke at the roundtable for the election of the new president, who today brought together the majority and the opposition.

Alibeaj said that the opposition participated in this process, so that the rest of the Assembly does not go to the fourth and fifth round and says that "since they did not come, we are choosing it ourselves."

He stressed that the majority today does not have the moral legitimacy to elect the head of state.

"This meeting has achieved something. The fact that everything is being done in the public eye. There is no better than for such an important process those who are interested should know how this process takes place. On what milestones. On what values. The one who will sit in the post of president, to be neither of one nor of the other, but of all Albanians. The president must in any case have consensual support. It is this spirit, the letter of the constitution.

Even the need for the institutional order of the Constitution. The unlocking mechanism can not be turned on properly. It is an exception only when the opposition will not. The opposition participated so that the rest of the Assembly would not go to the fourth and fifth rounds and sing that they did not come and we are electing them. That is why we participated in this process. It is necessary and even imperative that the president be elected in these three rounds. The sense of separation of powers has been totally lost.

That would be enough to have no kind of discussion but just to accept our position. What is considered the majority today has no legitimacy Now it has become known. "At least 5 mandates and 2 others that no longer attend this headquarters have shown that you do not have the real legitimacy of the Albanians to elect the president, even with a simple majority", said Alibeaj.