"You will understand what kind of henna you are involved in", Spaho leaves nothing unattended from the blue headquarters and makes the sudden invitation to Gazment Bardhi: You will be saved if ... 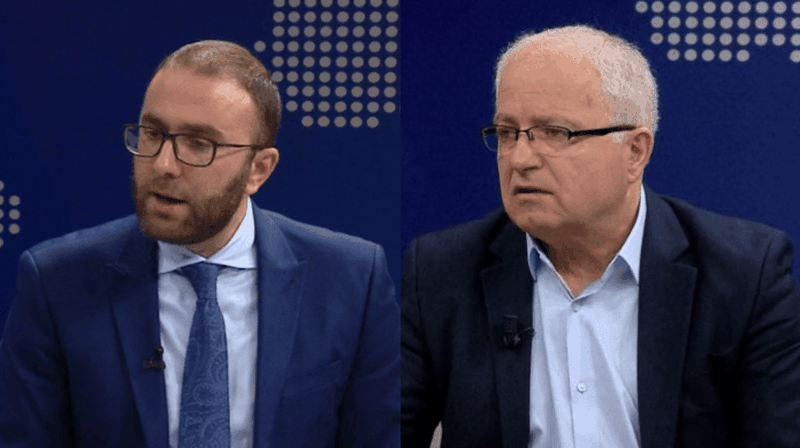 Democrat MP Edmond Spaho has criticized and at the same time made an invitation to the General Secretary of the Democratic Party, Gazment Bardhi.

In a reaction on social networks, Spaho says that the accusations for not collecting farms for the PD National Assembly on December 11, or the enrichment of some PD figures during the Democrat government, do not stand. Spaho says that Basha has disappointed the Democrats with occasional losses.

I do not want to debate with colleagues, including colleague Gazmend Bardhi, whom I have supported until recently. Many militants today can curse me for this.

Gas how can you deny that the signatures have not been collected. Only you can do that. Verification is very simple: the list you published in July 2021 with those who signed today. Simpler, more transparent, more accurate than that there is not.

Gas, what wealth have I put and full like me, where have we abused, what have we stolen while being in opposition not only in the years of opposition but also when the PD ruled?

Gas, what debt do we owe Luli? They accuse us of why we have not spoken before? We spoke directly with Luli and told her our thoughts. We did not oppose him in public because we thought he would lead us to victory.

Gazi did not lead us to victory, not only that but together we did a dirty analysis to hit those who worked and promoted the losers.

More than that, with a premeditated plan, you attacked Berisha like a wild dog.

Why did you approach the elections for DP Chairman when we opposed you, why was the analysis brief, to support some and overthrow others, why are all DP leaders elected, including the presidency and secretaries, contrary to the statute that Gazi proposed?

Come with us on December 11th. We do not fight for ourselves, but for those poor people who we have lied to since 2013 that we will bring to power.

Luli can not bring them to power, he has no training, no ideas, he does not ask, he does not listen, he does not want and does not know the party, he is arrogant, he remembers that he knows everything when he knows nothing.

Enough of the fight he opened with the historical leader of the DP to understand how shallow he is. He did not make it out of the lawsuit but simply because of his interests and the personal problems he has in the US and that we all know.

Gazi, on Friday the pulpit will be held in Devoll, I invite you to come.

When you listen to the real Democrats you will understand what henna you are involved in.

Gazi hajde ne Devoll. You will save yourself.