"Until 2025, shave Edi Rama's fur"/ He was arrested for cocaine trafficking, here are the unrestrained posts on the social networks of the former mayor about the prime minister: SP is super giant 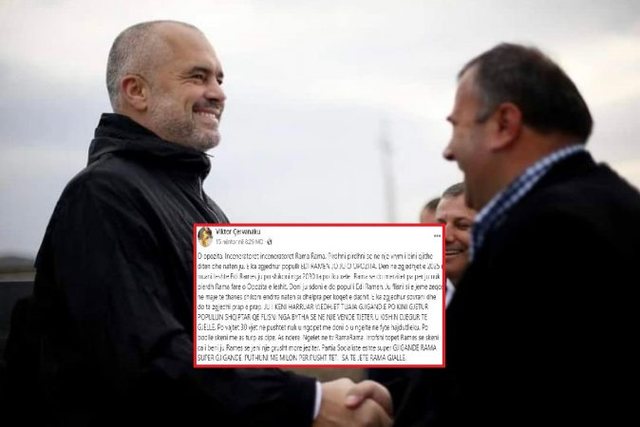 Viktor Cervanaku, the former mayor of Frakull in Fier, and currently an employee of the Transmission System Operator, who was arrested for cocaine trafficking yesterday after the SPAK, DEA and Montenegrin police operation where bags of chemical fertilizers and drugs were found, was a supporter Prime Minister Edi Rama's flame.

On his Facebook profile, he posted time and time again statuses where he harshly criticized the opposition and defended the Socialist Party and Edi Rama to the point of delirium.

He wrote the last post on November 15, where, while addressing the opposition, he wrote, among other things, that "SP is super giant".

O opposition. Incinerators incinerators Rama Rama. Pour, pour, because you fall into one hole all day and night. The people chose EDI RAMEN, NOT YOU, THE OPPOSITION. Until the 2025 elections, you are shaving off Edi Rames, you are watching from 2030 that Rama is gone, he will be bored without you, Rama is not lost at all, O Opposition of the wool. Everyone loves Edi Ramen, the people love it. You talk like we're chickens on the top of the hay, you see dreams at night like a fox for a ram's head. The sovereign chose him and will choose him again and again. YOU HAVE FORGOTTEN YOUR GIANT THEFTS. YOU HAVE FOUND THE ALBANIAN PEOPLE WHO SPEAK FROM BYTHA THAT THEY HAD BEEN BURNED ALREADY IN ANOTHER COUNTRY. It's been 30 years in power, you can't get enough of love, it's stuck in the thief's throat. Yes boolle scene with neither shame nor shame. Not even honor. It remains on RamaRama TV. Fuck Rames, what do you do to Rames, you are a bunch of jesters. The Socialist Party is super GIANT RAMA SUPER GIANT. KISS MILON FOR THE EIGHT. AS LONG AS RAMA IS ALIVE", he writes. 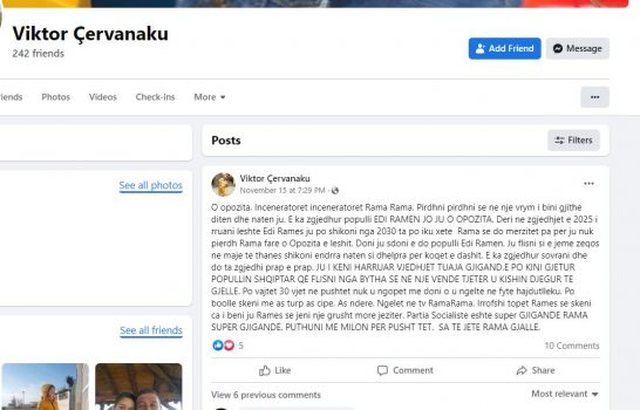 Arben Ristani: On December 6 in protest to show the EU that in Albania there is a political force that fights for democracy, Alibeaj is corrupt

Isli Islami, who was invited to "Goca dhe Gra", had brought a gift to the mode...