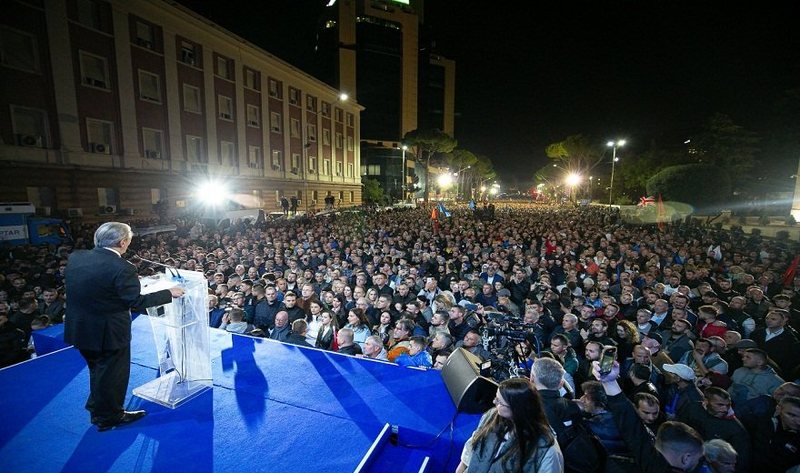 Political scientist Ilir Kalemaj has described as a dangerous bet for the chairman of the Democratic Party, Sali Berisha, the protest of December 6, which is held on the same day as the EU-Western Balkans summit.

Kalemaj listed on MCN Tv the 5 main risks that protests present, starting from the support of allies, the time of mobilization, the citizens' fear of violence, the atmospheric conditions and the costs of political activity before the international community.

"But it is a dangerous bet for Berisha. Some of the allies have not been informed, or have refused to be in the square. In such a short time, it will be difficult for a large mobilization to have the right effect. Some citizens may be afraid of violence and may not show up. We do not know what the weather conditions will be like. Fifth, you can add costs to your political activity in the eyes of the heads of European states who have not taken a stance on non grata. There are 5 risks that Berisha has probably calculated, placed on the scale. Maybe he thought that the benefits are greater than the risks, it is a test of strength to the court. But December 6 is well calculated by Berisha", he emphasized.