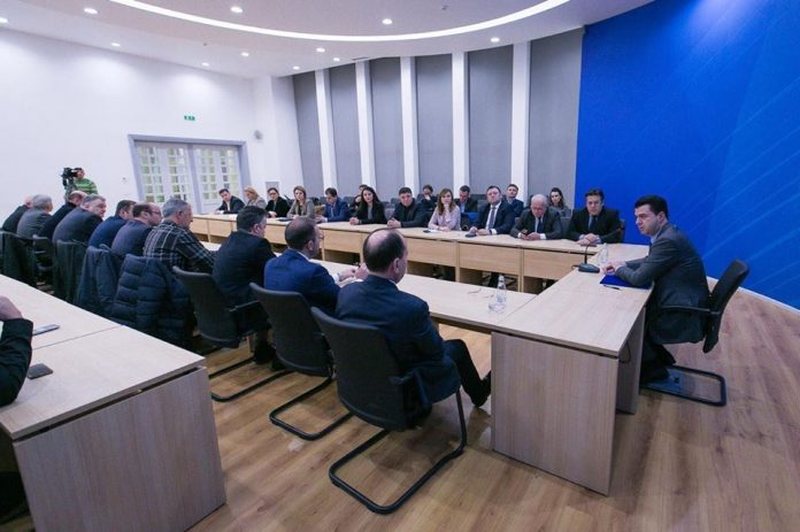 With the deep defeat on April 25 and the reconfirmation of Lulzim Basha for a third term at the helm of the DP, Democrats will try to figure out what were the causes that led to a poor result in the parliamentary elections that just passed. The Democratic Party concluded the election for the new mayor on June 13, but another process seems to await it. Yesterday, the Presidency of the Democratic Party met, which has decided to include the party in the elections and it is learned that Basha will overthrow all governing structures. The National Assembly will convene on July 17 and in the Presidency it was decided that the Assembly will elect the new National Council which will then elect the new Presidency of the DP and the new governing bodies, such as vice presidents, secretaries or Secretary General, based on performance. their in the last election. So Basha is expected to remove all critics in the governing bodies, where the most endangered is Nishani as chairman of the council and other supporters of former Prime Minister Berisha. Thus, the Presidency of the Democratic Party opened the way for the analysis in the party yesterday, while it sent to all branches and groups of sections of the Democratic Party an instruction through which it requests a scanner of the situation within the party. "The analysis of the April 25 election massacre will be carried out at all local levels of the party, starting from each section up to the regional level; The Political Leader of the District, charges and cooperates with the Party Branches that within July 1, 2021, to present the analysis of the election result for each section and group section, analyzing the performance parameters in relation to the intended objectives, as well as the causes, circumstances, the factors and the historical electoral data for each of them ", it is stated in the decision. Also, according to the instruction, the loss analysis will last until July 10, which is the final date, when it will be discussed at the meeting of the Presidency. "The full report of the analysis of the electoral massacre of April 25 is submitted for consideration to the Presidency of the Party within July 10, 2021", the decision states.

The party renewal starts on September 30

But the analysis of the defeat in the parliamentary elections on April 25 is not the only job that awaits the Democrats, as the latter will have to elect the new heads of the Democratic Party branches at the municipal level, section and group section. The DP leadership in the decision approved yesterday with unanimous votes, has decided to include the Democratic Party in the elections, a process that according to the instruction, should be closed within September 30 of this year. "At the end of the first phase of analysis, the Organizational Secretariat of the Party conducts the second phase of analysis during the period July 11 - August 31, 2021, in detail for each section and group section, verifies and analyzes the performance of all local party levels , identifies gaps and needs to drive performance enhancement. By September 1, 2021, The Organizational Secretariat of the Party submits to the Presidency of the Party a complete information on the situation and activity of the local structures of the party, and proposes, as the case may be, the exercise of the right of intervention according to Article 45 of the Statute and / or the objective need for election. new in the local structures of the Party. The whole process of analysis and where it is the case, of the restructuring of the local bodies of the Party, is completed within the date of September 30, 2021 ", it is stated in the decision.