"Those who feed the kittens with steak…", Berisha counts them 'one by one' in the Assembly and has a call: Here are those who are more threatened than ever! 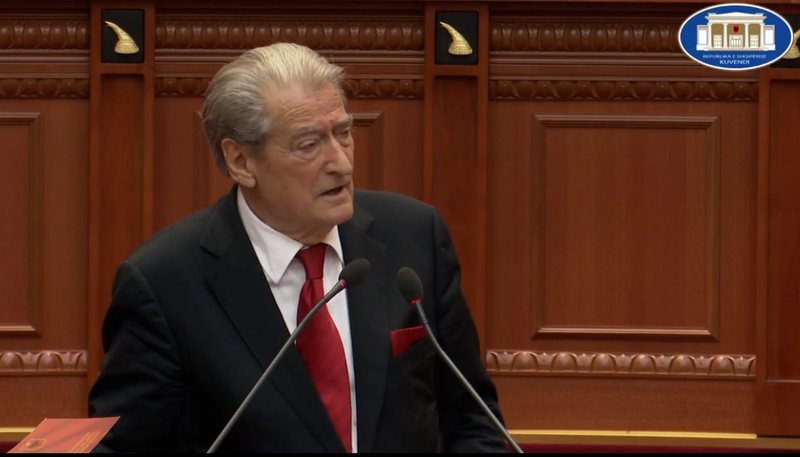 Former Prime Minister Sali Berisha, in his speech to the Assembly, reiterated his call for unity in the protest announced on July 7.

During his speech, Berisha said that the only goal is the departure of Albanians.

Berisha also calls on emigrants to join the protest.

"I am here on this platform to call on you, employees of the administration in economic aid, unemployed, employees of the beer sector, to join the protest on July 7, as Rama's caterpillars are growing illegally. In this country where citizens receive less than EU countries, egg yolk, milk costs more expensive than in EU countries. Cooking oil and fats have a higher price than the EU average. Those who feed the kittens with steaks, can not know the Albanian citizens. I see you posing, at least you feel compassion when I talk about citizens. Wages are 10 times lower than in Switzerland. Economic assistance according to INSTAT has decreased by 2 percent. I make a fraternal call to the Albanian emigrants, join the July 7 protest. Every immigrant should have the right to vote for the MP and the party he wants. I understand that it is impossible to displace immigrants for the protest but their families should be in protest against the regime. Today I appeal to teachers, nurses, to stand up and join us on July 7 that the destruction of education is one of the most irresponsible acts. The health system is disintegrating, the funds are ridiculous, the July 7 protest would be the most deserved response.

It is time to rise up with all our might to overthrow the monist regime. I have a special appeal to the owners for whom I make self-criticism, I urge them to join us because their properties are more threatened than ever. The thief without borders said that tens of thousands of pages are missing. If the DP did not meet its obligations to you, I assure you that in 2007 every document was digitized.

I condemn Rama's stay at the Brussels Summit, he went as a vassal of Vucic. "I call on the summit to open negotiations with Albania and separate it from Northern Macedonia," Berisha said.