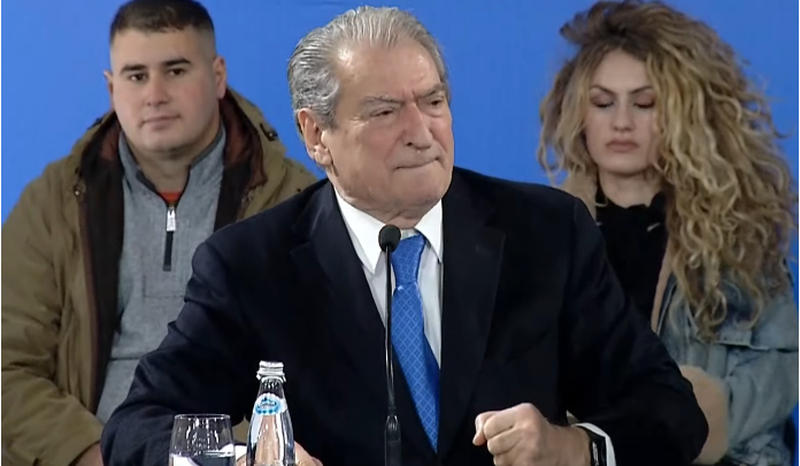 Former Prime Minister Sali Berisha stopped today in a meeting with his supporters in Rrëshen, where he spoke about the internal developments of the Democratic Party. Berisha was received with enthusiastic calls, in this next meeting of the Foltore.

"Today we are at one of the most critical moments in our history, today after 30 years of our efforts to be free and dignified people, we are again in an ugly monism. I will present to you a chart of 2020, where the head of the jellyfish has more power than the last dictator, Ramiz Alia.

Today more than ever a great mission calls you and the Albanians wherever they are, to leave, to overthrow the monist system in Albania. To restore freedom and its values. the parallels with the end of the dictatorship are absolutely identical. In 1991, the last dictator with his tools from morning to evening talked about democracy and democratic processes.

The same thing happens today. In 1991, prominent men told me that Ramiz Alia was a Gorbachev of the Balkans. I told them that he has reddened the country with the blood of young people. They remained. I told them that he had signed for the shooting of 27 Albanian intellectuals without trial and they were surprised. Undoubtedly, they changed their minds.

Ramiz Alia did not do what Edi Rama is doing in 2022. He never took the opposition hostage. "In 1991 we were the real opposition and we won with a plebiscite and peaceful revolution," said Berisha

Berisha reiterated his accusations that Lulzim Basha is a hostage of Edi Rama, and is kept in office only through guards and police officers.

'Edi Rama keeps him as chairman of the Democratic Party by surrounding him with guards, he plays the macabre game with pseudopluralism. Every Albanian should be asked, who is inclined to accept a mayor surrounded by murderers and bandits in the headquarters, to you, who you have voted for and supported ', Berisha further stated.