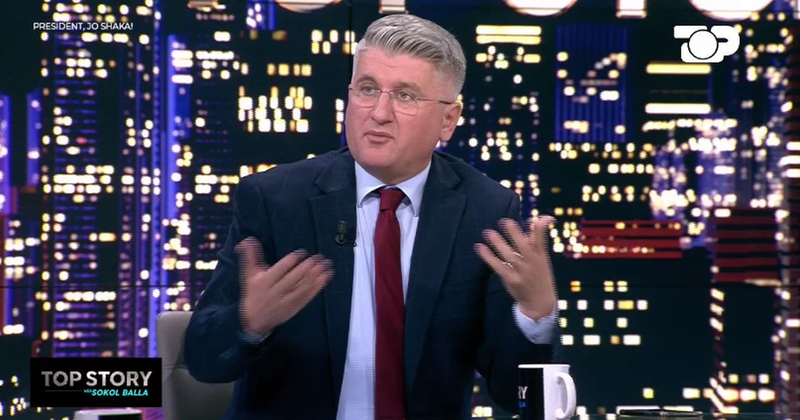 Agron Gjekmarkaj was invited to Top Story tonight as he spoke about the election of the new president of the Republic of Albania.

In his speech, he considered the proposals of the opposition as not serious, as he gave his names for the ideal figure of the president of the country.

Agron Gjekmarkaj: I find it difficult to understand whether or not we are in the process. It is what is happening within the opposition, its internal problems, it would be easier to have a candidacy, The seriousness with which the opposing side has entered history, I hesitate to call it a process. The SP did not give us anything, the constitution gave us. If the government had the will, it would give the president to the opposition. The government did not say that, it said bring some names.

A cacophony has exploded on our side, they take out the neighbor, the friend, the aunt's husband, the aunt. There are top names, but there are others. For my tastes I would propose Fatos Lubojna, Mark Markun, Jozefina Topalli, Artan Fuga, Majlinda Bregu etc.

If we stay inside the box, we fall into the game of making comedy. In case we assume that the prime minister becomes a cleric and leaves it to the opposition, this must take responsibility and come out serious. He should have gathered, given a serious name, let the majority reject him then. The great overload he has in power, through the fault of the opposition. It should have been a good opportunity for cooperation, I doubt that will happen.