Agron Gjekmarkaj meeting with the CDU spokesperson, the conversation becomes clear, here is what was discussed 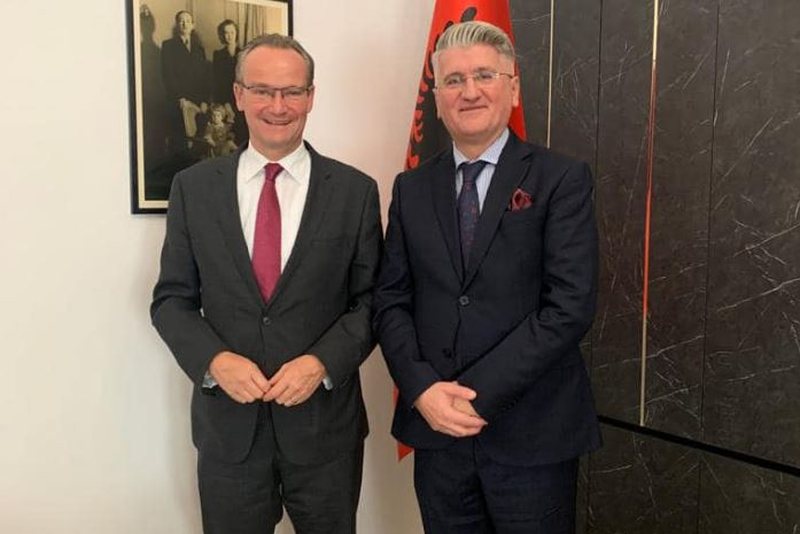 The deputy of the Democratic Party, Agron Gjekmarkaj, held a meeting today with the spokesman of the German CDU, Gunther Krichbaum.

Through a post on Facebook, Gjekmarkaj says that part of the discussion was European integration and the policies that Albania is following on its way to the EU.

The democratic deputy also says that he discussed with the CDU spokesperson the situation within the Democratic Party, on the importance of its union to preserve Western values.

Long and cordial meeting with the Chairman of the Commission for European Affairs, the parliamentarian of the German Bundestag, the CDU Spokesman Mr. Gunther Krichbaum.

Among the most fruitful and realistic meetings on the acute issues of European integration and the lines of our policy towards the negotiation steps with the EU.

As much as the trajectories of internal democracy, justice reform, economic development and other topics of Albanian dynamics.

Key points in our conversation were the developments in the Democratic Party, the possibilities and forms that should be explored for the union of its parts while preserving the western values ??on which it was founded. Help coming from the German friend and the CDU-CCU is most welcome.

The board lowers the price of oil, it is sold 3 lek cheaper, petrol is also reduced by 1 lek, while gas remains unchanged