700 thousand dollars for a photo with Trump? The Austrian newspaper brought out the scandal, Ilir Meta reacts again and tells what happened: If you think Vasili is like the former US president ?! I made an appointment as ... 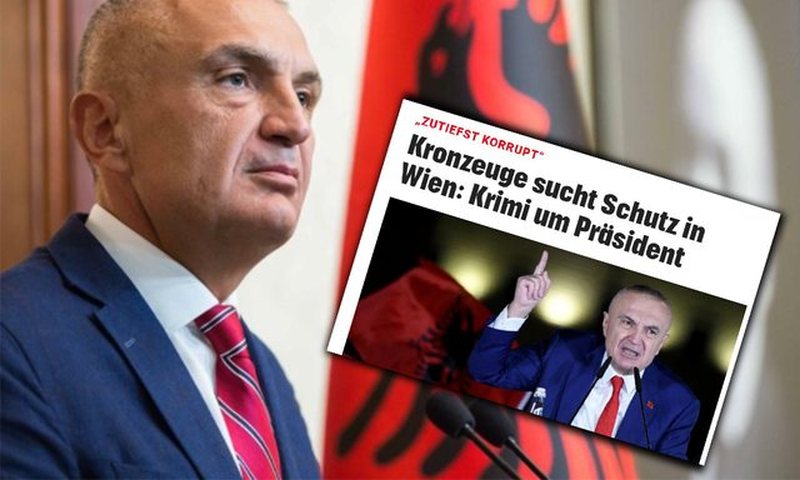 President Ilir Meta was asked about the writing of the Austrian newspaper that caused a stir in the last two days. The newspaper wrote that President Meta paid 700 thousand dollars for a photo with Donald Trump.

In this regard, President Ilir Meta has announced that he will sue the Austrian newspaper "Krone Zeitung".

"What comment do I have on these miseries of the local and international renaissance (someone whistles) here is the truth. public and made by Father Jonson magazine. As far as the SMI is concerned, you have a statement from the former spokesman Sulçe, where in 2017 I was Speaker of the Assembly. He did not publish those questions. As for me, here you have them since May 3, 2013, a Fax News journalist, Bledian Koka asked me about this issue and the answer is clear; a hoax totally. after I participated as Speaker of the Assembly, together with Vasili, by invitation and everything is verifiable and because of the cameras, and we have nothing to do with that fraud. They say; Ilir Meta was there and paid 7 thousand dollars to take pictures with Trump. But if you think Vasili is like Trump? He is a bit of a Trump supporter. "It is verifiable," he said.