"100 years of searching will never find evidence against me" / Romeo Kara publicly challenges Sali Berisha and sends him the strong message: On that side you sleep! If they let me, I know well where ... 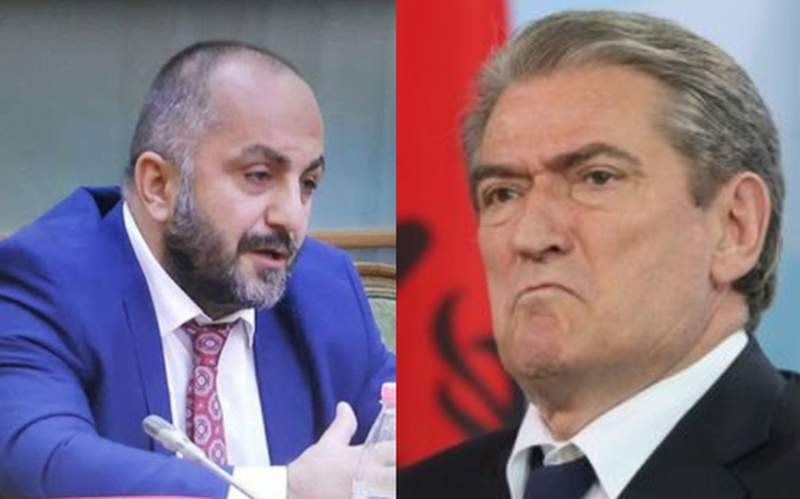 Former Prime Minister Sali Berisha said yesterday during the 'Foltores' that he held online with his supporters in the US, that they have not found any evidence against him and accuse him in vain.

"100 years of searching in the archives will never find a single document to prove the shameful accusation made against Sali Berisha," he said yesterday.

After this statement of Berisha came the strong reaction of the lawyer Romeo Kara. Through a post on social networks, Romeo Kara writes that he personally found Berisha's violations within a month. Not only that, but Romeo Kara warns that if he were allowed to, he knew for himself where he would hold his breath.

"On that side you sleep.

I found them within a month.

If they let me, you know very well where I would hold my breath.

"With this rhetoric, they lie only to themselves and the sejms that come from behind, which see as a golden opportunity of life the corruption that you have raised in the system", writes Romeo Kara.

From "Deti" in The Hague to the law of war, Dendias in Tirana: Not to create issues that do not exist that will lead us to the consequences of ... / Olta Xhaçka reveals the details

"June has come now, we increase your salary" / Rama gives the good news: Finally after 40 years…

"How do you feel that the internationals did not congratulate you on being elected head of the Democratic Party?" / The journalist asks the question with 'pepper', here is the answer given by Sali Berisha

Sali Berisha leaves the Assembly, cracks the strong statement for the husband of Rama's minister: The documents have been published! These are seized by fear and horror with ...

"Stupid" / The situation in the Assembly is tense, the chairwoman of the session orders the deputy: Get out immediately

"Godfather of 5 million" / The quarrel between Berisha and Spiropal in the Assembly is bad, the former prime minister leaves nothing unsaid: I will bring out any affair! The husband of this lady ...

Tensions in the session / Felaj gives the floor to Spiropal, here is the action done by Sali Berisha

"I feel sorry for your power" / Spiropali explodes harshly against Sali Berisha: Albania does not deserve your face, you have very serious deeds

"Bad news for the Democrats" / Sali Berisha was elected head of the Democratic Party, Çupi comes out with a strong message

Sara Hoxha will soon become a mother for the third time. She and Ledion will f...

Bieta Sulo and Alban Dudushi get married in Italy? The well-known moderator surprises everyone: A wedding with 125 thousand guests

Bieta and Albani enjoyed live the magnificent concert of the Italian singer Va...

Bora Zemani and Donald Veshaj enjoy the first holidays after reunification? Photos are published that put everyone in doubt

Actor Donald Veshaj and moderator Bora zemani have not only returned together,...

Olti Curri returns to the screen, it is revealed where we will see him

Olti Curri, although very active on social networks, is slightly detached from t...