I accuse...but who do I accuse first? 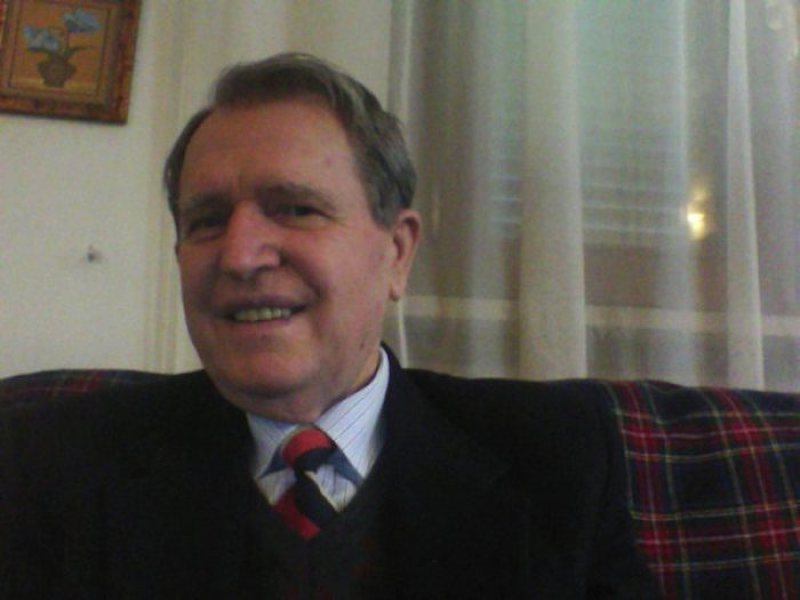 I, the ordinary citizen, accuse, accuse S. Berisha and the system he designed, built and put into operation, as the main cause of all the misfortunes of our people, the creation and approval of the public thefts done to Albanians through pyramid firms which not only caused a great damage to the economy but its consequences directly affected the armed conflict between the people and the army. I accuse former Commander-in-Chief Berisha of using the army and other armed forces against his own people, which resulted in the total destruction of the army. As a result of this, this murderer in order to preserve his power and his family committed a great act of anti-national proportions by artificially fabricating a conflict within the same ethnic group causing regional hatred between the Gegs and the Tosks. between the province of Labëria and the Kreshniks of Malësë, the consequences of which brought the Albanian state to the threshold of a great fratricidal war which, thanks to the conscience of the people, again had serious consequences with several thousand victims and as many if not more injured. I directly accuse S. Berisha that on dt. On March 4, 1997, he ordered two Albanian aviators to bomb the population of the Vlorë-Tepelena axis and the Mifoli Bridge to prevent the so-called "rebels" there from fear of a march towards Tirana. I accuse S. Berisha as the architect of the coup d'état in September 1998, as well as the destruction of the Albanian economy in the preparation of a large-scale masquerade for the theft, kidnapping, destruction and alienation of state and private property of which he was in charge. and remained the flagship of thefts. I accuse S. Berisha as the main promoter of all the evils that plagued this country by creating the premises of a possible invasion. He, together with his workers, are the main responsible for the degeneration of all state apparatuses from the center to the base, preparing the moral and psychological ground for their degradation in all sectors of life and activity. The degree of this degeneration has been measured and is measured by the large scale of corruption at the head of which he and his family have been and remain. I directly accuse him and his son Shkëlzen. Berisha and the former Minister of Defense F. The media that with their unscrupulous affairs became the main causes of the tragedy of Gërdec where 26 innocent citizens lost their lives and to destroy the evidence of this great state crime they staged and staged the "accidental murder" of one of the key witnesses K .Trebicka who had openly and publicly denounced this corrupt affair. I accuse S. Berisha as the organizer of the murder and disappearance of the R. Hoxha activity, but also for other crimes against the Haklaj family in Tropoja. I also accuse E. Rama of being the real perpetrators of the murder on the Boulevard, from where the former sought at all costs to cover the extent of the great Governmental corruption of his former deputy Ilir Meta, who in 1997 was accused of theft of gold as the national wealth of the Albanian people; while the second used the blood of the sons of the people for his seat. In this context, I also accuse Minister Edi Rama of the corrupt affairs of his cabinet, the consequences of which have fallen and continue to fall on the backs of the people and their layers. These vampires of the people's blood with their actions and of all state structures and administration of every type of branch and sector, have led to the impoverishment of Albanians who not only "earned misery" but we are also forced to pay the banks the foreigner from where every Albanian, even a newborn baby, without knowing that he comes into this life and owes about 3000Eu. . This has been the policy of all parties with the aim of grabbing power not for the interests of the people but to use the legislative and executive power in the interest of the ruling caste of maniac bosses and mafia vampires who have de facto asphyxiated every democratic right. The state has fallen. Justice does not work, even justice since anything can do but never justice in such conditions, being completely connected by 1001 threads with politics but also with crime, it has more fear than the culprits themselves. That's why I accuse...but who and whom should I accuse first? "Revolution is needed" - says the accused and criminal No. 1 of the Albanians, Berisha. Yes, I also say that REVOLUTION IS NEEDED, but such a revolution as to wipe off the face of the earth these bastards who raise their happiness over our misfortunes!

The State of Kosovo was founded by America, not Albin Kurti

Carbon monoxide, the ubiquitous deadly gas, here are some of the deaths that have occurred due to this "poison"

Albanians must put an end to the stabilocracy a...