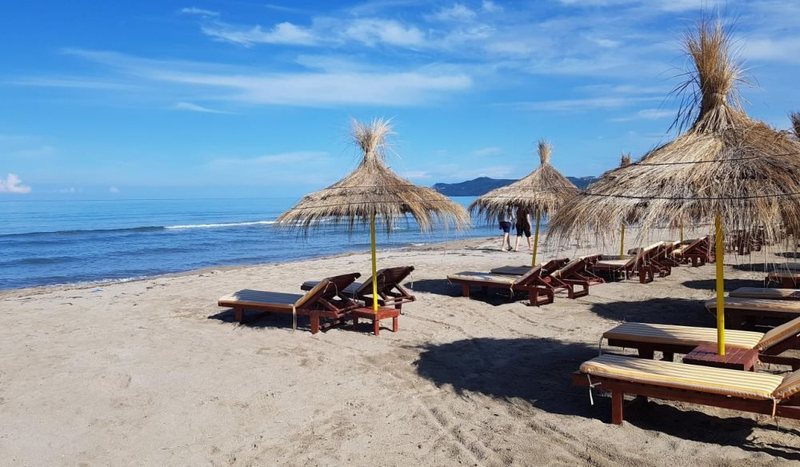 There is no end to the madness in this country tired and slaughtered by clientelistic politics. The sand was taken, the shores with concrete buildings, but there were not enough beaches and beaches and sometimes the sea. The fights started with each other and we went as far as murdering the couch. That's not enough, we have started beating tourists as well. Oh god when will this madness end.

In the name of developing a competitive tourism in the region, we share strategies every time we honor the ministers. But what are we changing? What regulatory role is the tourism ministry playing? Why should we give the beaches to the private sector? What does the state benefit from? What does the vacationer get? Who does these calculations in this crazy race where even the ghettos that have a beach in front get permission to occupy public spaces. We have a local government incapable of keeping the beach clean, and men, we give it to the private sector! We see in the chronicles the prime minister, ministers collecting trash! How many times have we seen them over the years but still the same scenario but with different actors. We have it cleaner now! We give it to the City Hall to collect some lek! Why we have better infrastructure! We give it so that the vacationer has comfortable conditions! Why we have it better! The prices of the sunbeds come up in our dreams, not to mention the headache that pounding music gives you worse than the scorching sun. Or the sea that has turned into a public bathroom due to the lack of toilets. It is justified by the hotels that, with the scandalous permits, have occupied a good part of the beach and they are enough, but they have to take money from the beach as well...

Public beaches have been added, says MIRELA! What a lie. They left several belts filled with garbage from the private side and without any service. Not to mention that the most beautiful beaches are fully occupied. What a shame. I'm not speculating, but this reeks of clientelism and corruption. Clientelism for the occupying owners, who have influence. Corruption for hundreds of cafeterias and cafes that underpay the officials who have taken on the task of sharing the spoils.

Look in Spain, miles of public beaches. Even hotels on the front line keep deckchairs and umbrellas within their territory. No one dares to touch the seashore. Who will be on the seashore, assures vacationers that they can take it into their own hands and decide where they want to, on a completely public beach. You can be sure that there will be no mess, on the contrary, we will have a more manageable beach to guarantee cleanliness and not parcels of parcels where trash is thrown to each other.

Let's compare it to the hunting moratorium. There was a lot of noise about the hunting rifles, but today the effects are extraordinary for nature.

M irela! This work is not done with commissions! The same thing should be done with the beaches. Let lazy vacationers pitch an umbrella be educated. Let them stay in the swimming pools, but don't penalize the citizen who adds the murderous tax of private beaches to his saved budget. Let the government and the municipality keep and take care of the clean environment. Make a decision and return it to the citizens and you will see that just as the birds and animals increased, so will the vacationers increase on the coast. And not vacationers who are too lazy to put up a tent themselves, but many vacationers who will enjoy the freedom that this common wealth gives.