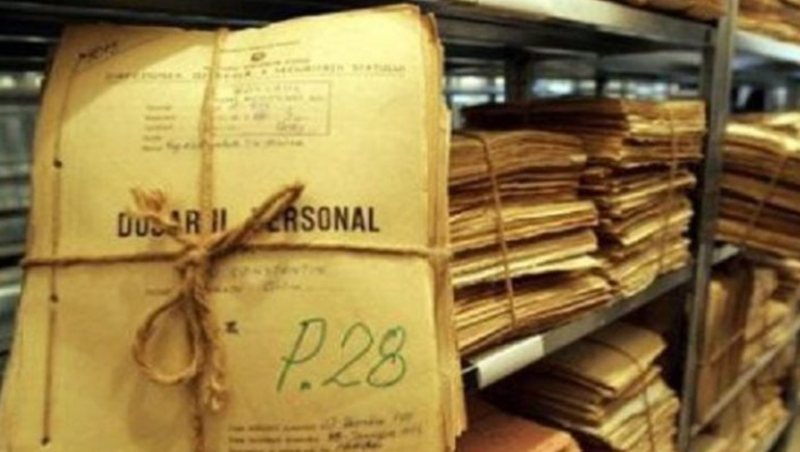 Various things were said about the files of the former state security. Someone wrote that they are not opened on purpose, others said that a part of them has disappeared. There were those who declared that they will be used for political opponents. There were also some from that part who expressed that with the opening of the files, a big "thing" would happen. But time changed. According to the law, the Authority has the obligation to respond to any request of constitutional institutions and public authorities regarding the existence of information in documents of the former State Security, when this is required within the framework of the assessment, according to the relevant legislation, of the ethical, moral and professional of candidates to be appointed or elevated to positions such as: President of the Republic; members of the Council of Ministers, deputy ministers, political functionaries, members of the High Level Management Body in the state administration and positions equivalent to them; members of the High Council of Justice, judges and prosecutors in courts and prosecutor's offices of all levels;ç) members of the Constitutional Court; functionaries in the Armed Forces of the Republic of Albania, the General Staff of the Army, the Guard of the Republic, officers with the rank of "General" and "Colonel"; dh) prefects; leaders and employees of the State Intelligence Service, the Military Intelligence Service and any other intelligence unit;) leaders in the State Police up to the district and police station level; f) heads of diplomatic missions; g) governors and deputy governors of the Bank of Albania; gj) members of the Academy of Sciences, rectors, vice-rectors, deans, vice-deans in public universities; General director and deputy directors of the Albanian Public Radio and Television; director and deputy director of the Albanian Telegraphic Agency; any other person decreed by the President or elected by the Assembly. The authority is responsible to the constitutional institutions and public authorities for the official who is appointed or appointed, namely if: he was, or was not, a person under investigation for espionage or terrorism; was or was not an active collaborator of the former State Insurance, according to the provisions of this law, appears or not in the documents of the former State Insurance. Without wanting to analyze what happened all these years and why the files of the former state security were not opened from the beginning, today more than ever I am convinced that one day the truth will come out because we are slowly being informed with facts and documents about the former state security, thanks to the work and dedication of the Authority for Information on the documents of the former state security. Years ago, I made an analysis of why files should be opened not only for the categories that the law includes today, but also for civil society and the media. For the risk that remains evident from those who were part of the cooperation with the former insurance. In this context, the European Court of Human Rights has assessed that former collaborators of the regime present two potential risks. They may be morally converted, or they may be blackmailed because of their past actions. In that period, it is not that I was waiting for any positive reaction from the readers, because the idea was created that the files were a "closed" chapter. However, my efforts did not stop to shed light on the truth where there are dozens of dossiers published in the print media. But this would not be enough. I had to start everything with myself, because now the doors of the institution that deals with files are open to everyone. I assisted in several activities that, in my opinion, from the way they were carried out by the authority, are a model to be taken by other institutions. The mayor Gentiana Sula has a special merit. The positive situation created motivated me to turn to the Authority with a request, to prove that I was not an accomplice or surveilled by the former State Security. The request was registered with the Authority with no. prot. 849, dated 21.09.2018. On the basis of the verifications carried out, Decision No. 476 dated 27.12.2018 of the Authority was taken. With purity of figure. Colleagues (here I mean all those who before 1990 were at work or in the auditoriums of schools or universities) it is time to voluntarily turn to the authority of the former state security files. Although I am the first journalist who has done this voluntary action, for me the most important thing is transparency for those who trust me and appreciate my many years of contribution to the media. I am fully convinced that the authority of the former state security files has performed its duty towards me correctly and professionally. I officially got the figure clean four years ago. But, at any time I am ready to apply again to the file authority for reverification. My appeal today is also for the associations of journalists to request the purity of the image of the members to the authority of the files. This is the only way to clean the media from former security spies. This contingent threatens the authority, credibility and freedom of the fourth estate.