Why do they want to wipe out the village of Mezhgoran in the Tepelena district? 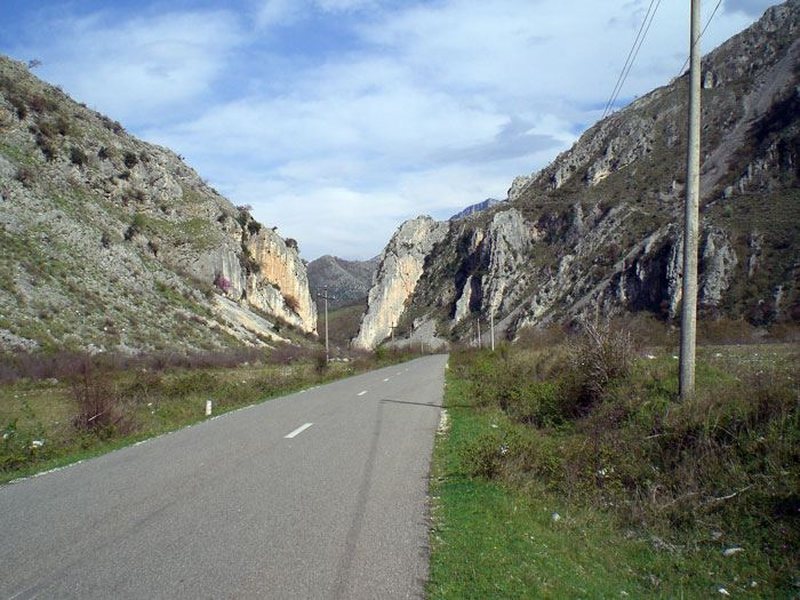 There is some investment fever, a staggering dazzle that has gripped many investors who, with political support, have been sewn to the riches above the ground of our subcontinent like urchins and vampires. They have robbed the underground resources and even the water that is the source of life! With maps in their hands, they are not leaving rivers and streams unexplored with their final goal as kuçedres, to take that water, to put it in pipes and under an okelio as a national strategic investment, they want to build hydropower plants leaving the villages without water. for himself, for cattle, and for vegetation, scorched earth, barren. The same picture everywhere in Albania, in the South and in the North. Dozens of villages have protested by blocking roads, even physically clashing with investors, while the authorities stand at a distance and watch how far the resistance of the revolted citizens will go. Two years ago they tried to take the water of Hormova, a village a little further, but the inhabitants protested strongly, driving out the thieves. They collect some fake companies, they also support any minister, deputy or local government leader and they do everything they can to make that investment that with those famous PPPs benefits millions and millions from the poor pockets of Albanians. This is what is happening lately with the only water in a village of Tepelena, in Mezhgorani. The village is located in the beautiful valley of Vjosa, a little higher, at an altitude of 600 meters above sea level, exactly where those famous mountain ranges Trebeshinë, Dhëmbel fill Once the village had over 100 families, free movement was felt here as well. 25 families sat down on the asphalt in the Vjosa valley and another 25 remained in the lands of the ancients. The village has great beauties, there are two mountains above the head that make it so attractive, but there is also a spring that is also the only water for those inhabitants. But someone had caught his eye. From those who have support further and higher and one day climbed into the village with pickaxes and shovels. Residents protested; it was said that an investment will be made, that both neighborhoods will receive water and a branch will bring water to a nearby village, in Peshtan. There were clashes. Meetings were held with the mayor of Tepelena, Tërmet Peçi, who in the meeting dated 3.3.2022, promised the residents that this investment will not be made. But now it finally turns out that a TEC will be built there. Residents who in 30 years have not benefited from any public investment, when their permanent demand has been road construction, are now faced with a dilemma; Will this village be extinguished, or will some mythical Hero come out to save you? And the odds are clearly visible. 25 indigenous village families who have over 1000 head of cattle, who have land to irrigate will no longer have water. The villagers will run away from sight, leaving only the Mayor in Tepelena and the Administrator, as once upon a time as the legend for the creation of Tepelena shows! We do not know if we have a reward or a curse for this action! ?? Albanians have found a way further in emigration… Let a village whose history is connected with a great event in the history of our Liberation war, with the war of two July 1943, where Asim Zeneli, Hero of the People, gave his life, and this event has that famous song by Mentor Xhemali and a painting by Guri Madhi. Who needs the story anymore? Power is wild. He only wants votes and money. The villagers of Mezhgoran expect that maybe a more humane government will come with them, some local government that will not take their vote and then kick them. The homeland is here and the government must do everything so that that sense of patriotism does not die. There is nothing transparent in this investment. An Invictus design studio has made a request to build a TEC there. And only that. The government, which has the duty to protect the lives of citizens, finds it easier to legalize that request without thinking that an entire village is forced to flee from there. Do not dry up this country gentlemen of power! Mezhgorani is looking for a way, while you also get the water !!! You also want to dry Vjosa! Why are you so attached to these possessions, like the phalanxes and the early camps! Time of paradoxes. The commanders of this country must govern better. We have applauded the investments that have been made in Tepelena and its villages in recent years, but it can never accept an investment which they said was for water and expelled the villagers from their land. This people does not deserve this treatment, this insult. Boll has trampled on him.