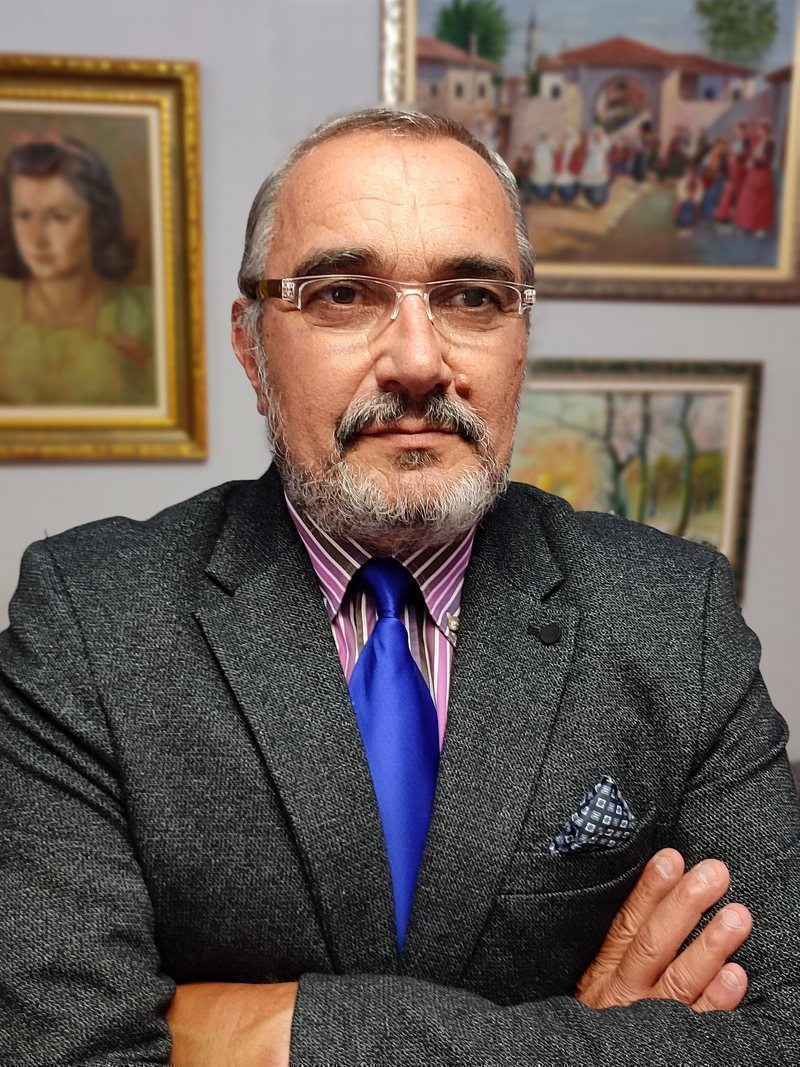 At a time of irritation with pro-Russian pan-Slavism in the Balkans, of course, the party Albanians themselves are refreshing anti-Albanianism. There can be no more ugly politically and nationally than "party nationalists"! And the Albanians, unfortunately, today have the majority of political cliques, both in power and in the opposition - national party! No, not even national political, but national party! Their idiotic nationalism is not just political, but party! Subject to the intention of the party from which they are or fire. Like us, but also in Kosovo! In their evil, their war-mongering and war-inducing stupidity, the Serbs are together, while the Albanians, in their national party stupidity, are divided! Filled yesterday and today, the chronicles on this party division as an interpretation in Tirana and Pristina. When the Serbs and the Russians, they are together in their evil. We in our own good, are against each other. Against, because those who are in power and those who are in opposition or left and right, do not hold the same position and fight in their party stupidity - one another even for national elements that should be together! Moreover, with idiotic attitudes - what had you done, Vuqi'qi's brother, the enemy of so-and-so and the friend of so-and-so, you with the Russians and with the skunk, you with this and you with that. There is no one who produces them more promiscuous and foul-mouthed, except the time of the ALP that made them, all together, including the national party media in Albania and Kosovo. Albanians go to press conferences and attack Albanians when Russia comes to Serbia! There are no more national and politically ruined idiots than this! The nation that forgets its defenders will forget itself says Calvin Coolidge!! The good thing is that politically and politically in Kosovo, the heroes are forgotten, because they are happy that they are in prison unjustly! Is this good!? Beautiful for the nation?! What did they do after the war... in the war they did what had to be done against the enemy! Kosovo should not forget them because it will be forgotten politically! I am talking about the political and party Kosovo and not the Albanian and national Kosovo! In Kosovo, they must learn to do politics and diplomacy and not "national partyism" with the advantage of staying in power, because you spit on your brother, but a political opponent.!!! This is similar to the politics of Tirana, unfortunately! Nationalism is a disease of childhood. It is the measles of mankind says Albert Einstein and he is right, but in Belgrade, they have no way of believing the genius of physics and unfortunately, there are also in the Albanian lands who imitate those in Belgrade! They become the same as them, at least in behavior and - Albanian against Albanian. In fact, Albanian lands are part of Western civilization, not Russian! Albanians are patriots and should remain so! Patriotism is loving your country. Nationalism is hatred of others says Charles de Gaulle!! Russians and Serbs are different from us! And we can never be in their line of fascist and genocidal nationalism, but also pro-Slavic conquerors in the Balkans! We Albanians cannot hate our neighbors like they do. We are different and we have not killed and cut, because we are another national model! Imitating the Serbs and Russians is a big mistake. Yes yes, for anyone who does it anachronistically. Even nationalism cannot be done from the pulpits of the party. Yes, in most cases you kill your brother politically and literally, because you have a power struggle with him! Where does this fact come from! This is an Albanian shame! Yes, no nonsense. To desire the greatness (above all) of the homeland is to desire the evil of the neighbors. Anyone who wished that their homeland was never bigger or smaller, neither richer nor poorer, would be a citizen of the universe says Voltaire!!! He dared when it was time for nationalism, but cosmopolitanism and the people of the world fled the nations inside, but they do not harm the children, starting the fight for the right of which nation should be bigger than the other in the world! This is the purpose and its meaning! Serbs have been doing this for centuries! But they have reduced themselves! They have not heard of the massacres they have done, in the name of their nation and the land that was never theirs! Even today, most of them don't want to understand! The historical talkers and fraudsters of democracy in Tirana are sicker than in Pristina, but unfortunately, the same political and party hatred is accumulating there, which then turns into non-reconciliation and no national attitude! It doesn't get any crazier than this! Serbs and Vucic have "reasons" to be abnormal! This "reason" comes to you from their ugly doctrines on races, nations and religions! Their doctrinaires are ugly Poiticans and religious clergy as well! But we don't have to be like them! We should not and we are not! They are sick in Belgrade and that is why they have always reduced their territory starting from the disintegration of the former Yugoslavia. The right is reciprocity and of course we all agree, but of course with friends alongside and with an open mind! Even more so not by selling each other's minds politically and with party nationalism. This is a shame!