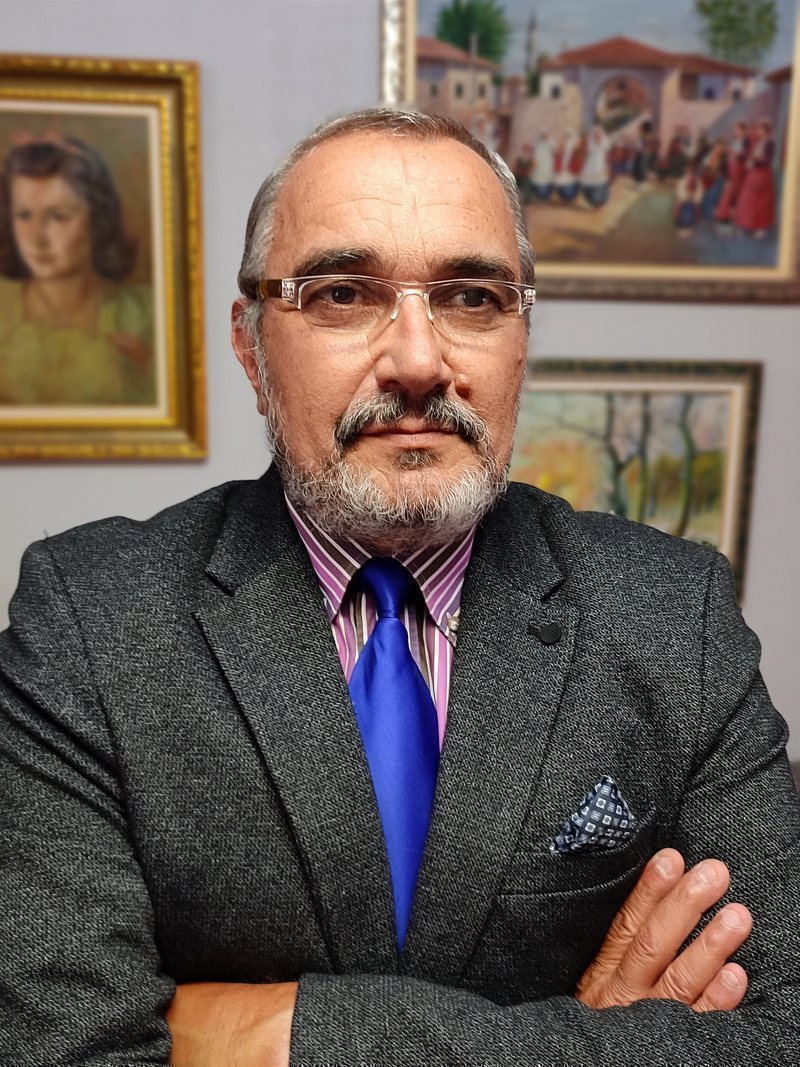 They go where the "democracy affairs" go in Albania and are summed up in the family and its political leadership! Consequence of a political and corrupt fief that expands with sejmen and concubines that everyone understands, but in Albania they justify it, because they don't know any other way! The biggest problems SB has today, in relation to justice, have the family inside. "Coincidentally" the Partizani Club was privatized, which had been nationalized both by fascism once as an airfield and by communism as a club precisely Partizani! By "coincidence" he had to be Berisha's son-in-law and by chance Berisha as Prime Minister and by chance as Minister of Defense - the party of Berisha's family! But when a journalist calls to the studio a son-in-law with a bag of papers and a handful of journalists without papers, this too is by no means a value that "coincidentally" this is a family job! And it's not just Partizani Club! By chance, Gërdeci also shot something in the family! Coincidentally, the name of the deceased Baxanak comes out, by chance the name of the son of the KM of the time, and by chance Gërdeci bursts out when he is in charge of the super KM, today's Sali B! What a "coincidence" it should be Lulzim Basha as Berisha's confidant once and not as a friend of the daughter and colleague yes once, but also Berisha's son-in-law! Coincidentally, they are Club Partizani, Gërdeci and Mayor Basha, and not Berisha family affairs! They are by chance and not as a democratic monarch family! Yes, because you remember what Enver said to the Greeks after the provocations at the border - Greek fascist monarchs! And of course this great legacy of SB's family affairs is monarcho-democratic! Haaaa these act with letters and "rules" as in democracy! It is up to them to become rich. Incidentally, but it belongs to them and not to others! They get the lands and they accidentally become rich with $1 plots of land! Coincidentally, justice gives them nationalized lands because others do not have the fate of their coincidence. Not even me who is writing! Yes, and not in the place where they have their folkloric origin, but in Tirana and Durrës, or where there are beautiful vacation spots and the word falls in Lalëz! Quite by accident. And of course, for this family that happens to benefit by chance, we have to deal with Rama's corrupt regime, not because it is simply corrupt, but to be killed, because it seems Sali B has run out of luck! Coincidentally, they are a monarchical family of political power as in the political majority, or in the minority in the grotesque folkloric pluralism in Albania. Without this rich family, there would be no democracy - Albania! But why PL of the person of any kind of big post in Albania what is it!? Coincidentally, for two decades the domain of the Metaj and Kryemadhi family! Coincidentally, they have been replacing each other for over two decades and not that they are husband and wife! Completely by chance and not because the philosophy of LSI and PL was built on this family! By chance, he shot you and be "poor" with the villas that used to be proudly and broadcasts where the best half of PL or Kryemadhi was demonstrated! Coincidentally, there is a change in her appearance, and coincidentally, there are also videos and images, but also their "media and factual sayings and learnings" as a family group! By chance! Coincidentally Prime Minister and coincidentally Speaker of the Assembly and coincidentally President! By chance! Coincidentally, one family is "non grata" and the other is ready to face another model of "non grata"! Coincidentally, in SP e Rilindja e Rama there are concubines of men and women of the past and today as political followers, but who are related to an individual like Rama! Coincidentally! Just as they used to be Enver Hoxha, Nexhmije Hoxha, Mehmet Shehu Fiqeret Shehu, Hysni Kapo and Vito Kapo, but also many others plus Krushqi and relatives! It was by chance that they also built a "monarchy of the dictatorship of the proletariat"! These have built the Monarchy-Democracy, but in fact they have built it in it-electoral autocracy! So, what they say to Orban in Hungary and some others in Europe today. When in fact SB, IM and ER have invented and implemented it long ago - electoral autocracy! With the principle that the votes will go with all forms and means where he wants who is practically the strongest person of the moment and the other strongest resective family parties. Agreed! That's not more than that!