From weapons to Kiev resistance, 4 Americans' suspicions about Ukraine 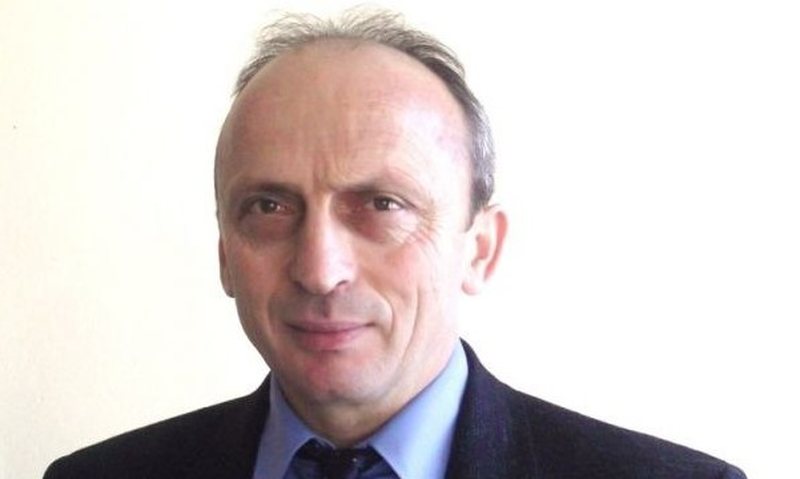 Under the motto "Let's protect Klina, the Flower of Dukagjini", in Dollc of Klina, a nationwide protest was held against the construction of the Cement Factory. The common denominator of all the speakers and banners of this protest was the protection at all costs of preserving the environment and preserving the health of the citizens. Politicians and economic oligarchs are not interested in the health of citizens Under the recommendations of the international community for environmental protection, Kosovo is deprived of the right to exploit Lingnite (Coal) in the territory of the Municipality of Klina to increase energy capacity in the country, however, when it comes to personal interests and certain interest groups for the construction of the Cement Factory in our municipality, the protection of the environment and the health of citizens is not taken into account! Citizens of Klina, Dear compatriots, the consequences of environmental pollution and in particular the consequences on the damage to the health of the population are multidimensional. In addition to the health and environmental consequences, the consequences will also be economic to the detriment of local residents. Environmental pollution will minimize the price of real estate (houses and land properties), as no one in the future will be interested in buying a house or property in an environment contaminated with carcinogenic cement dust. It turns out that the construction of the Cement Factory in Dollc of Klina, in addition to health, will destroy the wealth and long-term future of the inhabitants of this area. Obstruction of the construction of the Cement Factory must not be politicized under any circumstances, for the simple reason that the carcinogenic cement powder does not choose party affiliation, is a permanent threat to the health of all citizens. Therefore, against the construction of this murderous factory for the population, must be unanimously all political entities in the Municipality of Klina without distinction, power and opposition. At the forefront of any protest should be the mayor of Klina and the chairman of the Municipal Assembly along with all assembly members. An existential issue such as the obstruction of the Cement Factory must not come before any personal interest, at least that of the party, because the authorities come and go, but the murderous particles of carcinogenic dust will kill us silently every day. of every night. Institutional silence today, tomorrow becomes a murderous weapon of citizens For this reason, the silence of municipal institutions today, will be turned tomorrow into a deadly weapon for the citizens of the municipality of Klina and not only, as the perimeter of environmental pollution will be very wide and will quickly cross the municipal borders. He does not give himself the right to speak hypothetically, which municipalities will be affected more or less after Klina by the carcinogenic cement dust, but I will illustrate this with a simple example. Although Skopje is a long distance (over 24 km) away from Hani i Elezit, Northern Macedonia is pressuring the competent European Union authorities to close the Cement Plant in Hani i Elezit, because gases and dust go beyond the city. of Skopje. NO Power factory affiliated oligarchs! Therefore, the institutions of the municipality of Klina must listen and respect the voice of citizens expressed in various forms, starting from individual and organized complaints, such as petitions and popular protests against this factory. The objective of any municipal government should be to alleviate and solve the problems of citizens, not to aggravate their lives, which in this case is a little more than that, is the destruction of the lives of many generations. The current mayor of Klina, as a geologist by profession, knows well the natural resources of the country where the construction of the Cement Factory on the Cherry Plantation is planned, a plantation that was once the pride of the Dukagjini Plain, profitable for Kosovo and known in the former SFRY and the Balkan region. Without wasting time, the mayor of Klina should distance himself from the interest groups and take the side of the citizens, annulling the decision to build a murderous factory for the citizens of Klina. On the contrary, he and all his morbid supporters will become complicit in destroying the most beautiful and cleanest environment in Kosovo and killing the future of future generations in the municipality of Klina and beyond! To make matters worse, the interest groups, through the media and the portals controlled by them, are misinforming the citizens about the benefits of the construction of the cancer factory in Dollc, Klina! The construction of the Cement Factory primarily affects the health of citizens, air, water and soil pollution, respectively in the contamination of agricultural and livestock products, as well as in all products of valuable farmers of this area. Let another location be found for the construction of this factory as far away from the town and villages of Klina, away from the rivers and water sources! The Cement Plant has higher pollution than 10 stoned together! Therefore, the construction of this carcinogenic factory for the citizens of Klina and beyond must be stopped at all costs, because tomorrow it will be too late. It will be too late, when the citizens will face deaths from cancerous diseases, Flora and Fauna will disappear forever, while the Poppy will remain only a beautiful image in our memories! The protest of May 14, 2022 on the hill of Dollc achieved its goal, proving the civic determination to protect at all costs their lives from the pollution and mass destruction that threatens the Cement Factory. Sometimes numbers are very important, how important is the persistence of citizens in protecting their rights! If the construction of the killer factory is not stopped today, it will be late tomorrow!